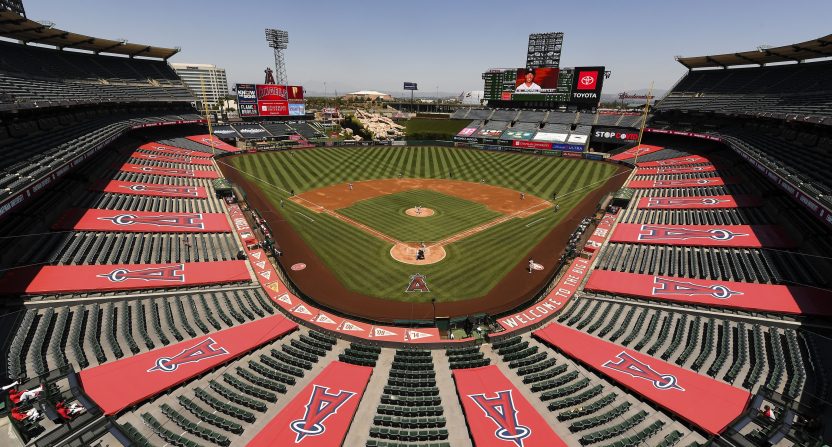 The 2022 MLB season is now well underway, and fans everywhere are back to wagering on their favorite teams and players. As much as we may think we know as fans, there is always someone in the know who can help us out and luckily for us there are tons of analysts and writers, with a whole wealth of knowledge on the MLB. Whether it’s through podcasts, articles, YouTube videos or just their twitter feed, these analysts have the tools to help millions of us with our bets.

Baseball odds are always a great indicator of accurate bets. However, with so many markets on MLB nowadays, you may want more information and stats on why you should make certain bets. This is where the analysts come in. Armed with an arsenal of statistics and trends, they can tell you exactly why you should bet against the run line or why Juan Soto is going to have an off game.

Buster Olney is a columnist for ESPN, as well as a regular analyst on ESPN’s Baseball Tonight. Olney has his finger on the pulse of all thing’s baseball, delivering breaking news on the sport as well as opinion pieces and features. Over the course of his 30+ year career, he has covered the New York Giants and New York Yankees for The New York Times, as well as releasing a number of books on the Yankees.

Olney went close with his predictions last season, calling for the Dodgers to win back-to-back championships as many did. Of course, they were shocked in the League championship series by eventual World Series winners the Atlanta Braves, but the Dodgers are still believed by many to have been the strongest team in the league last year, and the baseball odds this year have them tipped as the +400 favorite to win the World Series this time around.

As for his predictions for this season, Olney has named Vladimir Guerrero Jr. and Trea Turner as his respective AL and NL MVP picks. Whilst Vlad has had a relatively slow start to the season, Turner is having a great first season at the Dodgers and it is definitely not out of the realms of possibility that we will see him awarded that coveted trophy come October time.

Another ESPN analyst, Rogers is a regular correspondent on SportsCenter, Baseball Tonight and other studio shows covering the MLB. He is often seen covering the Chicago Cubs on ESPN 1000, as well as providing commentary. Whilst Rogers had a mixed bag of predictions last year (the closest being a projection for the Yankees to win the world series, before they exited in the Wild Card Round to Boston) he is often trustworthy especially when covering his aforementioned Clubs.

He has been writing on baseball in Chicago for ESPN for nearly 15 years now and remains highly in the know when it comes to the MLB in the Windy City. It is perhaps no surprise then that he is certain that Cubs outfielder Seiya Suzuki will win the NL Rookie of the year in 2022, writing “You don’t pay a guy $85 million — $17 million a year — and not expect big things.”.

By now, if you are a fan of baseball, you probably know why Coach Trev is on this list. If you are not familiar, let me explain. On March 31 2021, before a ball had even been pitched, Plouffe tweeted and correctly predicted “Atlanta Braves over the Houston Astros in 6.” for that year’s World Series. To put that into perspective, that kind of bet at the start of the season would have thrown up odds of at the very least +10,000 and that is a very conservative estimate.

Plouffe is part of the JomBoy Media team as an analyst on their podcast “Talkin’ Baseball” as well as his show “Sequence with Trevor Plouffe” where he brings former teammates and guests from around baseball to break down past performances. He is back with another twitter prediction this year, tweeting “The Milwaukee Brewers over the Chicago White Sox in 7.” Surely, he can’t do it again…can he?

Although not active on twitter, Ron Darling is still one of the best baseball analysts in the sport through his appearances on the MLB Network and his color analyst commentary with SNY. Widely regarded as one third of the best commentary team in the nation, Darling is regularly seen commentating on Mets games with Gary Cohen and Keith Hernandez. Darling has become known for his great analysis during games for example, his call for a ‘wild pitch’ that led to Pete Alonso’s game tying run against the Dodgers.

“What makes Treinen unhittable at times can make him uncatchable. Alonso’s gotta be alive for a wild pitch.” -Ron Darling 🎯 pic.twitter.com/vevKxMwZkZ

(The Wild Pitch in question)

He continued his predictions into the postseason although narrowly missed out on yet another mystic call when he picked the Dodgers to meet the Astros in the World Series last season.

Another who is not active on twitter, former second baseman Harold Reynolds has found a career as a television analyst for the MLB Network and Fox Sports. A two-time Sports Emmy award-winning analyst, Reynolds is mainly seen on the MLB Network and their YouTube channel, often interviewing current stars of the league.

The way he breaks down the game, especially the mental aspects such as rhythm at the plate, is a joy to watch and he is certainly a man you can trust when it comes to all thing’s baseball. He went close with his prediction last year, picking the Chicago White Sox to win it all. Although they fell short, they did manage to make it to the divisional series, bowing out to future finalists the Houston Astros.

Skip Bayless says a lot of crazy things, but he can usually play them off as his opinion. Proposing to trade LeBron James was factually inaccurate.

Skip Bayless says a lot of crazy things, but he can usually play them off as his opinion. Proposing to trade LeBron James was factually inaccurate.