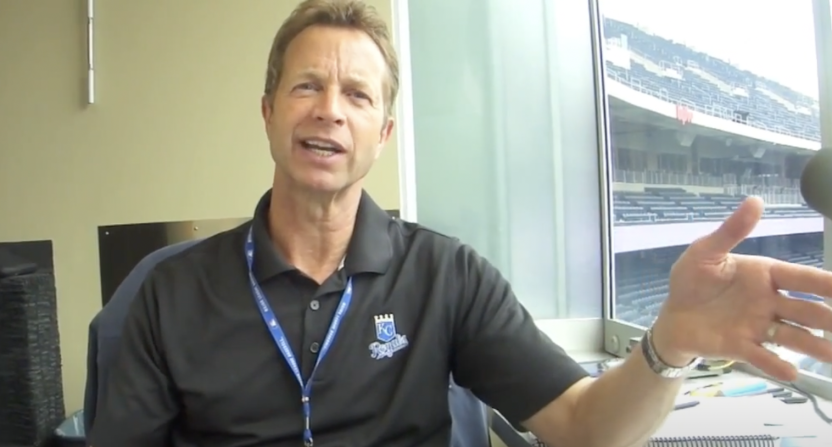 The Kansas City Royals announced Thursday that longtime radio and television announcer Steve Physioc, who has called their games since 2012, is retiring following a 43-year broadcasting career.

Physioc, who grew up as a Royals fan in Kansas, had spent the last eleven years doing play-by-play on the Royals Radio Network and part-time on Bally Sports Kansas City.

The entire Royals organization would like to thank and congratulate Steve Physioc, who has made the decision to retire after a 43-year broadcasting career!

The longtime announcer began his broadcasting career calling Cincinnati Bengals and Cincinnati Reds games in 1983 before embarking around the country to work ESPN, Fox Sports West, and TBS, amongst various local networks. Prior to joining the Royals, he was the voice of the Anaheim/Los Angeles Angels between 1996 and 2009.

Replacing Physioc in the booth will be Jake Eisenberg, who was the play-by-play broadcaster for the Royals’ Triple-A affiliate the last two seasons. Eisenberg will mostly call games on the Royals Radio Network alongside Denny Matthews but will also do some fill-in work as Bally Sports’ play-by-play announcer when Ryan Lefebvre is unavailable.

“I’m overjoyed,” Eisenberg said, per MLB.com. “And so, so grateful for this chance. The trust from the people that make this possible, that they trust I have the ability to do this and step into this role is great, and it really is a perfect fit because of what the experience has been in Omaha for the last couple of seasons. Seeing all these incredible players make their way through Werner Park to Kansas City last year was incredible.”

Overjoyed & so, so grateful. Excited to get started & have a blast together.

The 27-year-old also “worked approximately 40 games for the Mets on WCBS 880 in New York” during the 2022 season, per the Royals. He also called two Royals games this past May.