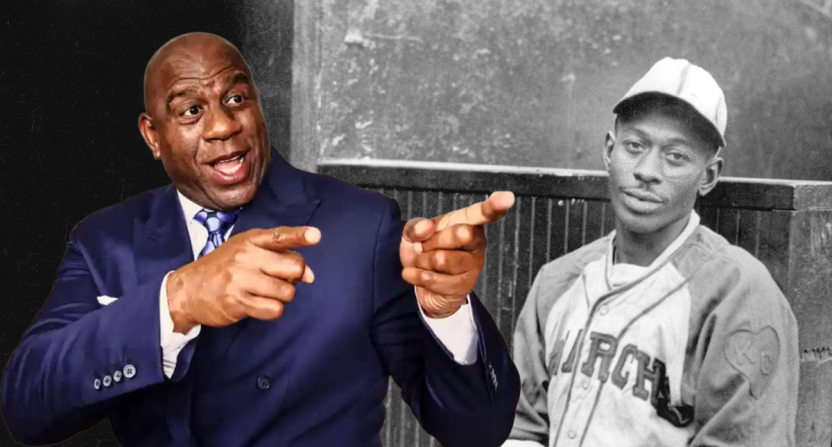 A crucial, though uncelebrated aspect of baseball history is finally getting the recognition it deserves. Last year, Major League Baseball noted the 100th anniversary of the Negro Leagues, which provided a platform for Black players barred from the majors to compete and showcase their skills.

That was soon followed by an initiative to add Negro League statistics to MLB records, something that could eventually change the history of the game. (For instance, could Homestead Grays slugger Josh Gibson be baseball’s true all-time home run leader?)

Adding further relevance to the Negro Leagues story could be an upcoming dramatic series being developed by Apple Studios. Produced in partnership with Kapital Entertainment and the Negro Leagues Baseball Museum, and supported by MLB, the series will be based on Ronald Spivey’s 2012 book, If You Were Only White: The Life of Leroy “Satchel” Paige.

We are really excited to watch this great story about the Negro Leagues and Satchel Paige. https://t.co/1hCTGc6WCq

By adapting Spivey’s book, the Apple series will presumably use Paige as a vehicle to explore and chronicle the story of the Negro Leagues. He played for several Negro League clubs during a career that spanned nearly 50 years.

Paige is probably best known for pitching for the Kansas City Monarchs from 1940 to 1947, but Paige also played with the Birmingham Black Barons, Cleveland Cubs, Pittsburgh Crawfords, New York Black Yankees, and Memphis Red Sox. He also played in Cuba, the Dominican Republic, Mexico, and Puerto Rico as a professional.

In 1948 at 42 years old, Paige finally made it to the Major Leagues, pitching for the Cleveland Indians. He was the oldest player to ever make his major-league debut.

Even at that advanced age, Paige pitched well, compiling a 2.48 ERA and 6-1 record in 21 appearances. He played four more seasons in the majors, also pitching for the St. Louis Browns. At age 59, he appeared in a 1965 game for the Kansas City Athletics, setting another baseball record.

Paige was inducted into the Baseball Hall of Fame in 1971. Though records are incomplete and still being updated with efforts by the Elias Sports Bureau, Sports Reference, the Society for American Baseball Research, and the Negro Leagues Museum, enough of a statistical portrait has been composed to confirm Paige’s dominance in the sport. As of today, he’s credited with a 118-80 record and 2.70 ERA with 1,438 strikeouts and 440 walks in 1,695 innings and 391 appearances.

Among the dramatic portrayals of Paige have been Delroy Lindo in 1996’s Soul of the Game and 1981’s Don’t Look Back, in which the pitcher was played by Louis Gossett Jr. Had Spike Lee’s Jackie Robinson film ever been made, whomever played Paige would’ve had an excellent role. Which actor will be next to portray one of baseball’s legendary figures?