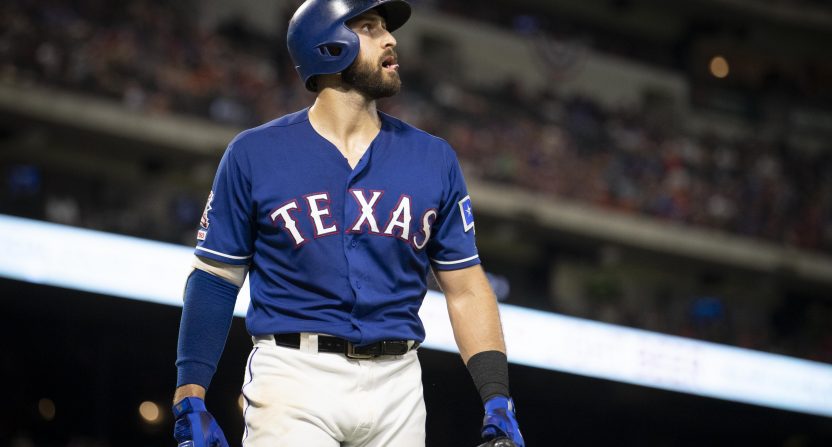 The New York Yankees are averaging a 2.92 rating on YES, down 26% from last year. The New York Mets are sitting at a 2.14 rating on SNY, a 12% drop from 2018. In LA, the Dodgers are up 2% to a 1.71 on SportsNet LA (neverending carriage issues aside), while the Angels are down 18% to a 1.38 on Fox Sports West. Heading to Chicago, the Cubs are averaging a 3.91 on NBC Sports Chicago (their final year with the RSN before heading to their new RSN, the Sinclair-owned Marquee Sports Network), which is down 5%, while the White Sox are one of the league’s biggest ratings winner, up 41% to a 1.18 on NBC Sports Chicago. The Giants are down 31% to a 2.13 on NBC Sports Bay Area, while the A’s are even from last year with a league-worst 0.67 rating on NBC Sports California.

So of baseball’s four two-team markets (not including Washington and Baltimore, which share an RSN in MASN but count as different markets for Nielsen purposes), five teams are down, one team is flat, one team is barely up, and one team is up a significant amount. That’s not great news for the league, especially given how much MLB loves to trot out its large market teams on a national scale. Perhaps not coincidentally, ESPN’s Sunday Night Baseball package is flat from last year, as is Fox’s national Saturday package. FS1 games are down 17% this year per SBJ, but much of that decline can likely be tied to most of the FS1 schedule (only three of 22 games) not being an exclusive window (which means that fans can just watch the game on their local RSN).

Overall, 13 US teams (sorry, Blue Jays) are up from last season, 15 are down, and the A’s are flat. Padres ratings had the biggest viewership spike this season, increasing an incredible 81% on Fox Sports San Diego to a 4.17. The Minnesota Twins were next, jumping 41% to a 6.12 on Fox Sports North, and the aforementioned White Sox had the same viewership increase. The top five was rounded out by the Reds on Fox Sports Ohio (up 31% to a 5.71) and the Rockies on AT&T Rocky Mountain (up 24% to a 3.69).

The Rangers, Giants, and Yankees had the largest ratings drops in baseball, followed by the Mariners on Root Sports Northwest (down 25% to a 3.17) and Angels.

Baseball’s smaller market teams remain at the top of the average ratings charts, led by the Brewers (up 23% to a 6.34 on Fox Sports Wisconsin), Cardinals (down 8% to a 6.22 on Fox Sports Midwest), Twins, Indians (down 8% to a 5.76 on SportsTime Ohio), and Reds. The A’s have baseball’s lowest rating, and are followed by the Marlins (down 13% to a 0.87 on Fox Sports Florida), White Sox, Rangers, and Angels.

One weird note I want to point out is that viewership for baseball’s three worst teams hasn’t cratered in the first half. The woeful Baltimore Orioles are down just 3% to a 2.81 on MASN, the pathetic Detroit Tigers are down 7% to a 2.87 on Fox Sports Detroit, and the 2015 World Champion Kansas City Royals are somehow up 4% on Fox Sports Kansas City to a 4.82. Those are three devoted fanbases, and it’s surprising that their teams haven’t taken larger viewership hits despite their on-field struggles this season.