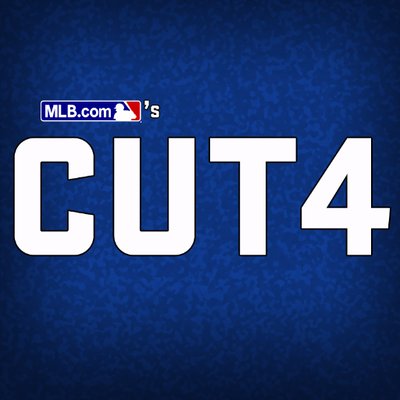 What Is It?: It’s a light-hearted look at Major League Baseball. Cut4 covers the fun of the game, so their podcast naturally focuses on memorable moments and antics along with the secondary experiences (food, ballparks, walk-up music) throughout the league.

Cut4, as an entity, is known among social media-savvy baseball fans. The @Cut4 Twitter account is nearing a million followers. That said, until I wrote this review, I couldn’t name a single writer because Cut4 is so content-focused.

What’s a Normal Episode Like?: Most episodes seem to focus on a handful of trending baseball stories from the previous week. There are also interviews like a recent one with Matthew Stein, a senior manager for social media at MLB.com.

The discussions usually go somewhat off the rails. It might get a little random, but it helps illustrate how light-hearted the show is and how off-the-cuff the discussions are.

At the end of each episode, the hosts try to summarize what happened in 140 characters or less. It’s something I’ve never heard before on a podcast and I think it works really well as a way to wrap. The show will sometimes use this segment to read tweets submitted by listeners.

Who Is It For?: This show is for baseball fans who love Bartolo Colon memes and who care more about the nicknames from Players’ Weekend than the results.

Who Is It Not For?: This isn’t a show for fans who are solely statheads or people who treat baseball as life and death. The Cut4Cast never forgets that they are covering a GAME.

Can I Jump Right In?: Since it’s a weekly podcast that doesn’t focus on single-game results as much, you can probably get away with binging the last two or three episodes without them feeling too dated.

What’s Not Great?: There isn’t much. The show sets out a goal and achieves it.

I’m not a huge fan of the length variation between episodes. Some are as short as half an hour while others go past 60 minutes. It doesn’t change the quality of content — usually the extra length is due to an interview — but it does make it tougher to find a consistent time to listen to the show if I don’t know how long I need to block out.

I really like the Cespedes Family BBQ guys when they come on the show, but I am glad they aren’t overused. Some people might wish they were on more often, but I think using them as part of a rotating/recurring cast makes sense for this feed.

Another complaint I have with the show is the name. It’s weird to pronounce. Try saying it out loud and you’ll understand the problem. It sounds like someone is predicting the weather at the gym. At least the show is self-aware enough to riff on the issue for a few seconds in the show intro.

So, Should I Listen To This?: If you’re a big baseball fan who wants a new podcast focused on fun, then you should definitely subscribe. For one episode each week, you can forget the craziness of the real world and enjoy some baseball moments that will make you smile.

There will be fans who take sports too seriously and won’t care about this supposed minutiae. That’s fine. MLB.com has a slew of podcasts for every type of fan. If those shows are as good as the Cut4Cast, I’ll have to subscribe to them, too.

Bottom Line – TL;DR: The Cut4Cast is a great feed that shows off the fun side of Major League Baseball.