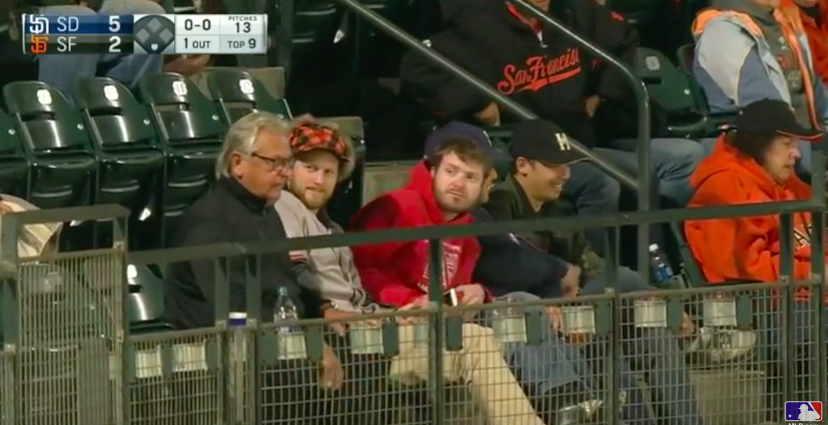 One Giants fan got a surprise he’ll likely never forget at the ballpark on Thursday night.

During the 8th inning of San Francisco’s home game against the Padres, a fan butchered trying to catch a foul ball, dropping it over the railing of the upper deck when he tried to catch it with his bare hands. Always bring your glove to the ballpark if you have your eyes set on catching a foul ball, kids… or at least have the presence of mind to use your fluffy oversized hat.

The Giants fan was in a Duane Kuiper jersey and with the analyst sitting upstairs, he took it upon himself to sign a ball and go down and give it to the fan.

No wonder Kuiper and the rest of the Giants broadcasters are so well-liked around Major League Baseball.