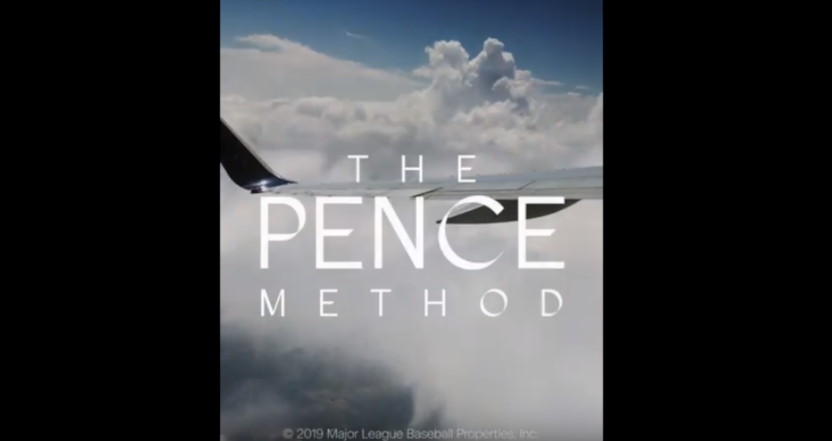 Several new MLB documentaries are coming to Fox and FS1. Fox announced Thursday that they have five documentaries coming out this summer and fall, beginning with The Pence Method this Saturday. Here’s more from their release about the documentaries:

FOX Sports Films, in association with Major League Baseball, expands the company’s coverage of America’s pastime with new documentaries featuring a wide range of stories on the past, present and future of the game.

“These documentaries are remarkable and showcase why baseball is truly America’s pastime,” said Charlie Dixon, Executive Vice President of Content, FS1. “Beginning with Hunter Pence’s incredible return to the Major Leagues, these are fascinating stories that make you fall in love with baseball again and again.”

That release goes on to discuss each film, and the material on The Pence Method is perhaps particularly relevant considering that it’s the first one in this series to air. The film, produced by Uninterrupted (LeBron James’ company), will premiere Saturday, July 20 on FS1. Here’s what the release says about it:

This half-hour film goes behind-the-scenes with two-time World Series Champion Hunter Pence and his plans to rebuild his swing – and career. His travels to the Dominican Republic league provide great insight into his journey and international love of the game.

A short 15-second teaser trailer for the Pence film can be seen here.

Pence’s story is certainly interesting, as the Giants parted ways with him this offseason and he signed a minor-league deal with a spring training invite with the Texas Rangers in February. He then made the Opening Day roster out of training camp and wound up in the All-Star Game after posting 15 homers, 48 RBIs, a .294 average and a .962 OPS in the first half of the season, not bad at all for a 36-year-old who many had written off. But his decision to play winter ball in the Dominican Republic this offseason seems to have been a big part of that resurgence, and it will be interesting to see that explored in this documentary.

The other documentaries Fox has planned also sound like they could be notable. On Aug. 17 on FS1, they’ll debut In The Blood, a feature on second-generation MLB stars Vladimir Guerrero Jr. and Fernando Tatis Jr. produced by Endeavor Content and Written Out Loud. On Oct. 4, FS1 will premiere Truth Be Told: Rick Ankiel on FS1, a Players’ Tribune-produced feature on Ankiel’s journey from pitcher to punchline to outfielder. On Oct. 13, they’ll air Walk-Off Stories: One Crazy Night in Baseball, a look at the final-day drama of the 2011 season that’s produced by Mandalay Sports Media (Mike Tollin’s company). And also on the 13th, Fox proper will air Seaver, a look at Hall of Fame pitcher Tom Seaver (produced by Edward Burns, Marlboro Road Gang Productions and Street Smart Video).  So there’s a lot here for baseball fans to keep an eye on.