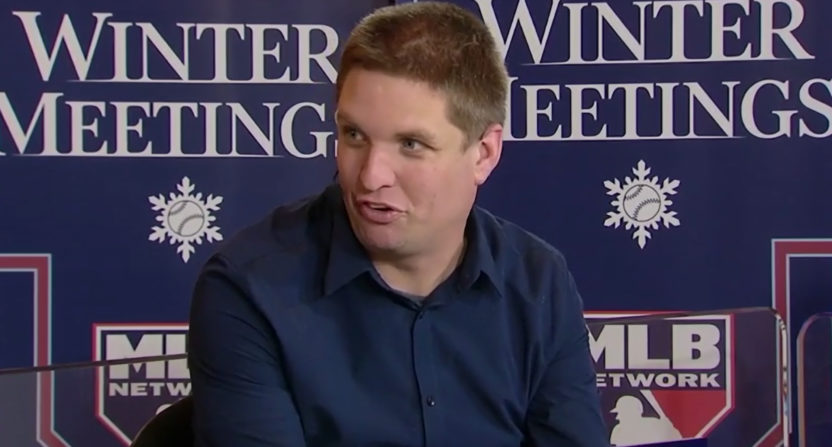 There have been plenty of baseball media members (especially on the stats-focused side) who have left the media for front office positions with teams over the years, and some of those have then pivoted back to media careers (or just retired). And while it’s unclear if he’s heading back to media or to another team, one prominent baseball media member in a front office role looks to be on the move.  That’s Dave Cameron.

Cameron joined the San Diego Padres in 2018 as a senior analyst, tasked with helping to build their research and development department. He had previously been the managing editor of FanGraphs (and was that site’s first full-time employee), and had also written for other outlets including ESPN, The Wall Street Journal, and Baseball Prospectus. As Ken Rosenthal of The Athletic wrote last September (in a column subhead of “Surprise difference-maker in San Diego”), Cameron was promoted to special assistant to the general manager after the 2019 season, and “has played an influential role in San Diego’s turnaround.” But now, as per Athletic Padres’ beat writer Dennis Lin, Cameron is moving on:

After a few recent reassignments, the Padres appear ready to navigate 2022 with largely the same front office. But even this area is subject to change.

According to sources, Padres special assistant and former FanGraphs editor Dave Cameron is leaving the organization of his own volition. Cameron, who was hired before the 2018 season, had at times been one of the Padres’ more influential executives in terms of player acquisitions.

As per James Clark of The East Village Times blog, Cameron played an important role in several Padres’ acquisitions that worked out well, and one of the moves they made that hasn’t worked out as well (the signing of Eric Hosmer in 2018) was one he had advocated against.

The earliest remembrance of Dave Cameron was that he was adamant about not signing Eric Hosmer in the winter of 2018. While at FanGraphs, he publicly discussed the first baseman value before joining the Padres. A month after the team hired Cameron, the Padres signed Eric Hosmer to the richest (at the time) contract in the history of the franchise. The bizarre move was a direct contradiction to what their analyst suggested. We will never know the details on what led the Padres to open their pocketbooks to sign Hosmer. But it is safe to say it was a bad idea. Dave Cameron was right.

A.J. Preller did utilize the services of Cameron as the senior analyst [and he] was vital in the Padres trading for both Trent Grisham and Jake Cronenworth. The Padres are getting tremendous value from this duo, and Cameron was essential in recognizing their abilities. Losing him from the department is concerning. Not just for his eye for talent, but the fact he was a well-known name who brought clout to the Padres’ analytical department.

We’ll see whether Cameron moves to another team or returns to the media world, but he’s certainly a name to keep an eye on.

[The Athletic, The East Village Times; photo from a MLB Network appearance by Cameron at the 2017 winter meetings]