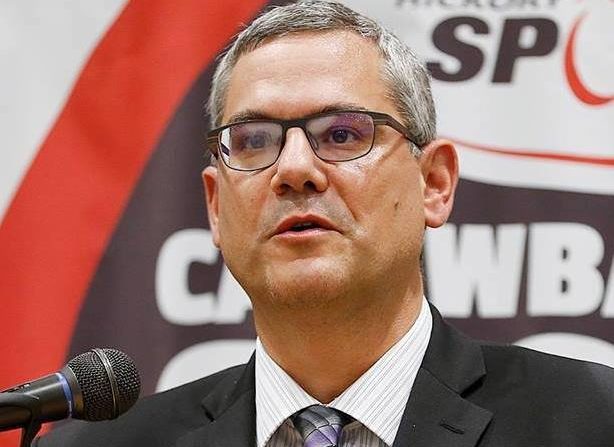 If you want to work as a scout in a Major League Baseball organization, it sure helps to be a former player. But short of that, the best way to reach the pro scouting ranks might be to write for Baseball America or Baseball Prospectus.

On Tuesday, BA editor and longtime prospect expert John Manuel announced he has been hired as a scout by the Minnesota Twins, adding to a growing list of writers-turned-scouts.

Manuel wrote on Facebook that Twins general manager Derek Falvey asked him for scouting candidates and Manuel suggested himself.

I’d never asked that question to a member of a front office before. I’d talked about it with friends who are scouts or BA alums like Josh Boyd, Alan Matthews, Chris Kline or Matt Blood, but everyone in baseball knew I made the BA Kool-aid. My passion for the product and for my work has been obvious, over self-indulgent podcast tangents, or 2003 Rice stories during any random subsequent college baseball games, or any excuse to talk about the 2000 Olympics.

But times change; ardor cools. It’s just not the same job anymore, not in the era of “branding.”

Manuel wrote that, in his view, his new job is not so different from his old one.

The game is about the players, plain and simple. My corollary to the old cliche that baseball is a humbling game always has been that it was true for everyone but the writers. I love to write, and I’ll keep writing, but now it will be reports after a series. Instead of being a scout for the public, as current BA editor B.J. Schechter says, I’ll be a scout for the Twins.

I’m incredibly excited to start a new adventure, working in the game I love for people I respect tremendously. I will miss just about everything about Baseball America, because as an adult, it’s about the only job I know. But I’m very honored that the Twins would have me.

Manuel began writing for Baseball America in 1996 and rose to become a columnist and later editor-in-chief. He is known across baseball as one of the most knowledgable and trustworthy draft, college and prospect writers in the industry. Now he will get a chance to apply his evaluation skills for the benefit of a pro team.

Manuel also appeared on MLB Network, helping out with their MLB Draft coverage in recent seasons.

The writer-to-front office career path has become more and more common in recent years. The Cleveland Indians feature an assistant general manager from Baseball America and an analytics guru from Baseball Prospectus, which also reared Astros pro scouting director Kevin Goldstein. FanGraphs alum Kiley McDaniel works for the Braves, BP alum Jason Parks for the Cubs, BA alum Josh Boyd for the Rangers, and on and on. Former BA writers have also popped up across the scouting industry.

From a reader’s perspective, it’s always a bummer to see so many talented people leave the public domain and take their knowledge and insight with them. But at the same time, the fact that teams view these writers as worth hiring just affirms that their publications remain worth reading.