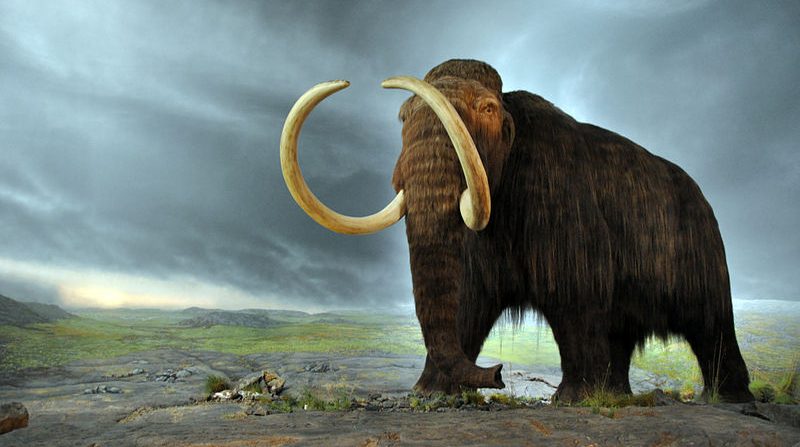 While woolly mammoths might be making a big comeback, MLB.com’s usage of “mammoth” is already gargantuan. We now know just how much they’ve used “mammoth” to describe home runs this year, thanks to the intrepid work of Craig Goldstein at Baseball Prospectus. (It’s a free article, because as BP editor-in-chief Aaron Gleeman tweeted, “we couldn’t decide if everyone should read it or no one should read it.”)

Inspired by an April Productive Outs tweet and with research assistance from Robert Au, Goldstein looked at the 10 most-used adjectives in MLB.com video descriptions (which correlate to MLB At-Bat video headlines) from the start of this season through June 16, focusing on descriptions that didn’t have anything to do with the location of the home run or the game state (removing the likes of “go-ahead” and “back-to-back,” which showed up 95 and 92 times respectively). That led to “mammoth” coming in second with 50 uses, behind only 53 for “towering.”

Here are some “mammoth” videos:

(Sorry, don’t know how that last one snuck in there.)

The data here was also broken down by the days of the week, as Goldstein initially thought some of this might be about certain editors with particular shifts having a fondness for words like “mammoth.” However, as he writes, “the relatively equal distribution of the term places that type of conclusion out of reach, based on what we have in front of us.” Here’s BP’s graphical representation of the key data: 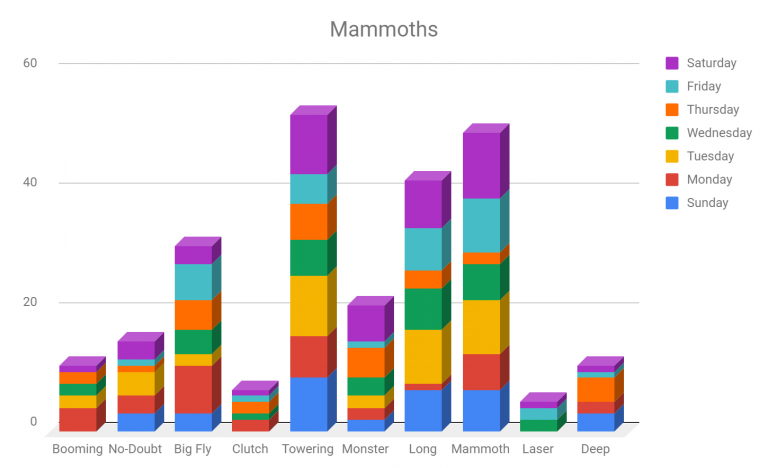 Pour one out for “monster,” which trails even “big fly” and “long.” Maybe the monsters just evolved into mammoths. Or maybe someone needs to give MLB.com’s video headline writers a thesaurus. (Which, for the record, is not a prehistoric beast.)