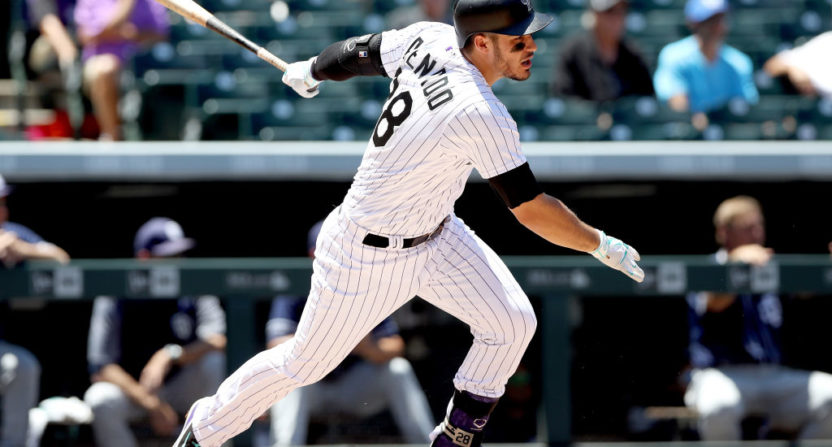 AT&T SportsNet Rocky Mountain (previously known as ROOT Sports) televises 150 Colorado Rockies games over the team’s 162-game season, meaning for those other 12 games, Rockies fans who want to watch their team are out of luck.

And though surely most of the games AT&T SportsNet passes up are unspectacular, failing to air every contest leaves open the possibility of what happened Wednesday, when Nolan Arenado launched three home runs in a game that wasn’t on television in Colorado.

Now, it makes perfect sense why AT&T SportsNet would have passed on airing Wednesday’s game. For one thing, it began at 1:10 p.m. local time, during the middle of the work week. For another, it was against the last-place Padres, who are as unexciting as they are unsuccessful. It would be tough to draw up a less appealing game, from a TV perspective, than a Wednesday afternoon against San Diego.

But that didn’t stop fans from being frustrated when Arenado, the Rockies’ best and most popular player, stepped to the plate in the eighth inning seeking his sixth hit and fourth home run of the day.

Can't think of a better way to watch this offensive explosion by my @Rockies – I mean, no one in COL/UT TV market wants to watch this pic.twitter.com/qxJJiYPwde

According to Sports Illustrated, the 150 televised Rockies games is the second fewest in the Majors, ahead of only the Cincinnati Reds. And although one Arenado outburst (in an 18-4 Colorado win) probably won’t make AT&T SportsNet rush to televise every game, it does illustrate the danger in leaving a game off TV. On Wednesday it was a three-homer game, next time it could be a walk-off grand slam or a no-hitter.

The Rockies have been one of baseball’s bigger surprises this season, with a 56-41 record that ranks third in the National League. It’s probably about time to get more of their games on TV.