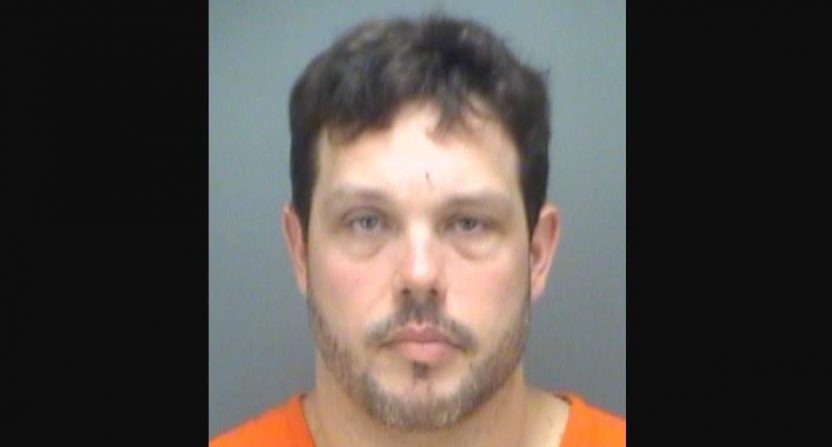 A long-time local sports radio and podcasting figure in the Tampa Bay area has been arrested on charges relating to an attempted solicitation of a minor. Justin Pawlowski, 37, was arrested Wednesday. Jamal Thalji of The Tampa Bay Times has more on what happened here:

Pawlowski, 37, faces charges of charges of transmitting harmful material to a minor, using a computer device to solicit a minor and unlawful use of a two-way communication device. The arrest warrants were issued in Hillsborough County.

…Pawlowski first contacted the 14-year-old — it was actually an undercover Tampa police officer — in a chatroom on Feb. 15, according to the arrest report. The chatroom was entitled “Tampa Teens 14-18.” The 37-year-old repeatedly texted who be believed to be a 14-year-old through March 1, police said, and sent an explicit photo of himself.

“The defendant also expressed interest in meeting with the child on several occasions,” police said, to engage in sexual acts. Pawlowski was told several times that he was communicating with a 14-year-old, the report said. Once, Pawlowski asked the child to leave his home and walk down the street so that they could meet.

When officers talked to Pawlowski, they said he admitted to messaging and chatting with who he believed to be a 14-year-old. Police obtained a search warrant for his phone and said they found the explicit photo he had sent of himself and stored in his contacts was the name and number of the fictitious 14-year-old police had created.

As per a 2012 bio on Tampa’s CBS Local site, Pawlowski initially went to UConn on a football scholarship, went to USF to finish his degree and start broadcasting, and had been working in Tampa radio since 2002, particularly with 620 AM WDAE but also with the now-defunct 98.7 The Fan. Pawlowski worked in all sorts of roles, from promotions part-timer to board operator to executive producer to host, and he went by “The Commish” for his fantasy-focused broadcasts. He also served as both a pre-game and post-game host for the USF Bulls (a role he held from 2007-2017) and a network anchor for the Buccaneers Radio Network (a role he held for two seasons, beginning in 2011).

But he’s been particularly notable lately for a prolific and popular “Bucs Uncensored” podcast on JoeBucsFan.com, with episode 392 of that posting Wednesday, the day he was arrested. That site has a statement on his arrest:

A longtime friend and contributor here was arrested on multiple felony charges that are deplorable.

…Joe sent a text message to Pawlowski and did not hear back.

The wildly popular Bucs Uncensored podcast is owned completely by Pawlowski and launched on JoeBucsFan.com in 2016. It’s been a year-round production since then. JoeBucsFan.com has never paid Pawlowski for the podcast and Pawlowski has not worked for JoeBucsFan.com since he provided subscription NFL Draft coverage here as an independent contractor in 2011.

Joe met Pawlowski more than 10 years ago and he may have been the first local sports media personality to embrace JoeBucsFan.com. “The Joes” were regularly interviewed on his WDAE weekend show when the website had less than 1,000 visits per day, versus the 20,000-plus per day it has now. Joe and Pawlowski crafted the idea for Bucs Uncensored, the annual Training Camp Takeover and more.

Of course, Joe is completely stunned by the charges and certainly doesn’t condone anything related to these charges in any way. The future of Bucs Uncensored is unknown. Joe wants to see the legal system ruling and arrest affidavits before rushing to a firm public judgment.

That site also mentioned that Pawlowski had been set to be part of a Bucs draft party organized by the site next Thursday, but that “the party will go on led by the Bucs Mob fan group. Several dozen Bucs fans are flying in from out of state and fan passion for the Buccaneers has nothing to do with what happened today.”