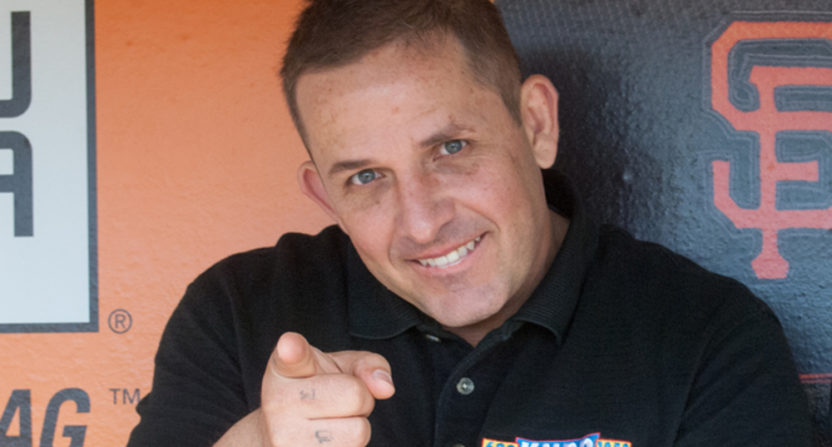 UPDATE: A spokesperson for Cumulus Media, KNBR’s parent company, has informed us that Connor is no longer with the station.

A controversy around comments made on Barstool Sports’ Sirius XM channel has now led to the co-host involved being suspended from his other job at San Francisco sports radio station KNBR. The host in question is Patrick Connor, who discussed 17-year-old U.S. Olympian snowboarder Chloe Kim on Barstool Radio’s “Dialed-In with Dallas Braden” Monday alongside Braden and fellow co-host Brody Stevens.

Here’s a transcription of the exchange from Deadspin’s Laura Wagner (audio is also available at that link):

Stevens: Me, personally, I’m on Twitter, I see Chloe Kim, I’m thinking Khloe Kardashian, Kim [Kardashian], I don’t want to deal with that. So I missed out on the whole Chloe Kim thing. But it’s a good story. She’s into it, a little kid—I’m inspired by it.

Braden: Chloe Kim, famous for riding a very different board than Kim Kardashian.

Connor: No doubt, and in fact just to keep it on that tip, her 18th birthday is April 23, and the countdown is on baby, ’cause I got my Wooderson going. “That’s what I like about them high school girls.”

Stevens: I love it P-Con, I’m right there with you.

Connor: She’s fine as hell! If she was 18, you wouldn’t be ashamed to say that she’s a little hot piece of ass. And she is. She is adorable. I’m a huge Chloe Kim fan.

Stevens [laughing]: Did you just take a boner pill?

Connor also hosts “The Shower Hour With P-Con” weekdays from 5-6 a.m. on KNBR. On Monday night, KNBR program director Jeremiah Crowe told Awful Announcing “KNBR, nor Cumulus Media condone the comments made by Patrick Connor on his SiriusXM program.” On Tuesday, The Athletic reported that Connor has been suspended from KNBR for the rest of the week; Awful Announcing has since confirmed this. Connor also apologized on Twitter Tuesday morning:

Yesterday in a weird attempt to make people laugh I failed. My comments about @chloekimsnow were more than inappropriate they were lame & gross. Im truly sorry Chloe. You’ve repped our country so brilliantly. I apologize to my colleagues & the listeners for being a total idiot.

In further comments to Awful Announcing, Connor said “No excuses – just stupid & kinda needy looking for laughs… nobody is laughing. I’m sorry to Chloe & her family…she’s awesome and I’m really embarrased. Sorry to my employers, colleagues & Stoolies for perpetuating a lame stereotype. Sorry to The Bay Area for making us look bad. I’m prepared to take my medicine.”

To start Wednesday’s edition of Dialed-In, Braden talked about Connor’s comments about Kim, apologized, proclaimed that Barstool wasn’t a “gutter brand,” and vowed to do better in the future.

Connor also apologized to Kim and her father during the show, saying his comments were “a slice of dumb and another slice super insensitive and miserable”. He also apologized to his bosses at Barstool, his family, his cohosts, and Barstool’s fans, listeners, and readers.