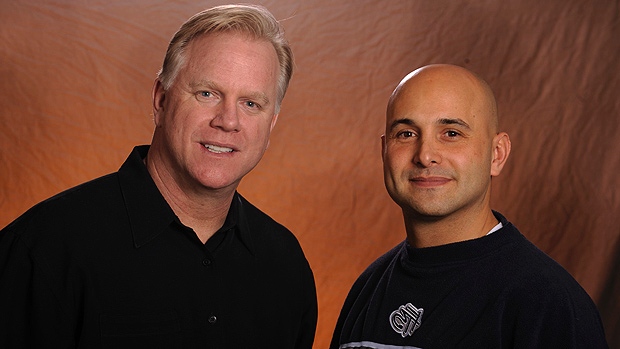 Under a cloud of an FBI arrest, Craig Carton resigned from New York radio station WFAN this week. Carton’s resignation was no shock, especially considering he was suspended indefinitely from the network and given the severity of the charges surrounding an alleged multi-million dollar ponzi scheme.

In his resignation statement, Carton protested the charges against him and claimed his innocence. While his fight will be ongoing in a court of law, now WFAN and former co-host Boomer Esiason can officially turn the page and try to move forward.

Esiason addressed Carton’s official departure this morning on his radio program by very delicately talking about how the show would move forward. The former quarterback talked about Carton making the right decision to take care of his personal life and wished his former co-host the best, even stating a belief that he might end up behind another radio microphone some day. Esiason also noted that everything related to Carton had been removed from their studio that viewers can see on the CBS Sports Network simulcast.

As to where WFAN moves next now that Carton has resigned? The most well-known local sports talk station in America faces an incredbile amount of uncertainty with Mike Francesa’s contract also coming to an end. Although it was thought Francesa would leave the station, he is now saying that he “will not turn my back on the station.” Already some possible replacements for Carton are being named like fellow CBS colleague Phil Simms.