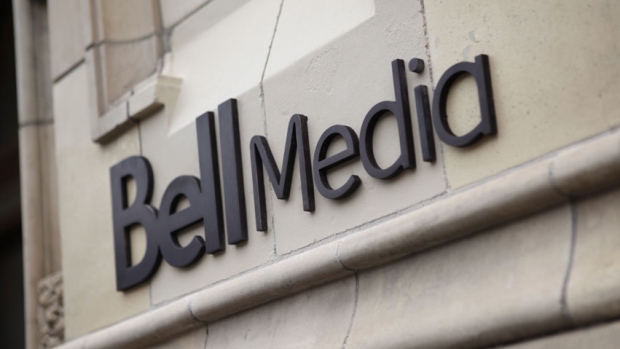 Bell Media’s court challenge and governmental lobbying to overturn the CRTC ruling allowing Canadians to watch Fox’s Super Bowl feed complete with U.S. ads (banning the long-running policy of simultaneous substitution, or simsub, which let the Canadian rightsholder override foreign ads in Canada with their own ads) is still pending, but the company is already citing their claims of millions in losses from that decision as a reason for its recent wave of job cuts across Canada. As per Emily Jackson of The National Post, a Bell spokesperson called the Super Bowl ruling “a significant impact“:

The media division of BCE Inc., Canada’s largest telecommunications company, is reducing positions at more than 24 locations across the country including radio and television stations, spokesman Scott Henderson confirmed in an email Tuesday.

“The restructuring is the result of the challenges Bell Media and other Canadian media companies are facing due to increasing international competition, the evolution of broadcast technologies, and advertising and regulatory pressure,” Henderson said.

…One such regulation is the Canadian Radio-television and Telecommunications Commission’s new policy that lets Canadians watch big-budget U.S. ads during the National Football League’s championship game. Bell contends it will lose millions of dollars from the decision introduced in August since it relies on its ability to sell ad space to recoup the costs of its exclusive rights to broadcast the game in Canada.

“There’s definitely been a significant revenue impact from the Super Bowl and other regulatory decisions as well,” Henderson said, although he emphasized the policy is just part of overall pressure on the media environment.

“But the reality is that Bell Media and other Canadian media companies are facing notable change on all fronts, and as a result we need to adjust our business appropriately.”

To Bell’s credit, they’re not blaming this entirely on something that hasn’t even happened yet (there’s still a chance, however remote, that the courts could intervene before Sunday or that the Canadian government could invoke invoke Section 26 (2) of the Broadcasting Act for only the second time in Canadian history), but rather citing it as part of the wider regulatory environment. There also is no dispute that a non-reversal of the simsub decision will be bad for them; Bell will still be televising the Super Bowl (well, the Fox broadcast of it, anyway) on their own CTV channels regardless, and will be selling Canadian ads on those channels, but many viewers may well opt to tune into Fox to see the higher-budget, content-oriented American ads, and that reduces the audience CTV will get and the rate they command.

This isn’t a simple issue, though. The simsub controversy is a complicated one, with arguments on both sides, and while the forces against this decision have plenty of high-profile people, organizations and lawyers in their corner (including Bell, the NFL itself, Florida senator Marco Rubio, Wisconsin senator Ron Johnson and more) and some valid points (the CRTC decision essentially means that Canadian viewers who choose to watch Fox won’t be counted for advertisers anywhere; they’re not counted in the U.S. ratings, and they wouldn’t be counted in the Canadian ratings, so under the current ratings and advertising system,  that’s a lot of potential money just vanishing), there are good arguments to be made in favor of it too.

Many Canadians are increasingly annoyed at being blocked from viewing foreign commercials (which are really becoming content, at least when it comes to the Super Bowl), and while they can seek those out on YouTube or other sites, that’s different from seeing them on TV in real time (and reacting to them on social media in real time) as viewers in the United States do. That’s what’s led to the complaints to the CRTC about this, and while Bell constantly tries to say those are small numbers, that’s really not accurate (as this post from Steve Faguy on this and other myths around the simsub decision shows); the numbers of formal complaints may be small overall, but they’re a huge percentage of what people complain to the CRTC about (20 per cent of 458 formal complaints in 2013), and surveys and public forum comments have shown this extends beyond the formal complaints.

This is not a decision no one was asking for. It’s a decision that many were asking for, and the debate now is just if the CRTC’s view of the public interest trumps Bell’s right to make money, and if the old simsub system is worth upholding because of broadcasters’ stakes in it continuing. Interestingly enough, the Super Bowl version of this (which is the only actual simsub debate right now; people have made slippery slope arguments about if this extended to more programming, but the current CRTC decision is Super Bowl-specific) could all sort itself out in the next NFL contract cycle; the problem at the moment is that Bell has paid for Canadian NFL rights based at least partly on Super Bowl exclusivity, which they’ve now lost thanks to this decision.

If those rights are negotiated in a world where simsub isn’t allowed for the Super Bowl, whichever Canadian broadcaster lands them is going to price that (and the resulting ratings decline) in. This is why the NFL and some U.S. politicians are against this; they don’t want an American company making less from TV rights thanks to a Canadian broadcast commission decision. But for now, and unless the Canadian courts or Canadian government step in, it’s a problem for Bell, and it’s not unreasonable for them to cite the expected losses here as a factor in layoffs.

However, it should be noted that Bell layoffs were probably going to happen regardless of the simsub decision. It’s a brutal time in the Canadian media landscape as well as the American one, and companies like Bell are being hit hard on several fronts. So are other companies, and that’s having an impact on local coverage; in Vancouver alone in the last few days, for example, Bell-owned TSN 1040 cut two top reporters, hosts and commentators (Scott Rintoul and Peter Schaad), and Postmedia-owned The Province had sports editor Jonathan MacDonald, Whitecaps’ reporter Marc Weber and high school and university sports reporter Howard Tsumura take voluntary buyouts. Bell’s big rival, Rogers Sportsnet, has also seen tons of cuts, including 200 job cuts last January and the demise of Sportsnet magazine and other properties in November.

Cuts are happening all over, and some of them probably would have been seen here even if the CRTC hadn’t made this decision. It’s certainly possible that this decision made those cuts bigger, and Bell isn’t wrong to mention it, especially in the limited way they did. Still, it’s far from the only factor leading to budget-slashing across Canadian media properties. Would a different CRTC decision have saved some of these Bell jobs? Perhaps. But the other factors at play here mean we likely would have seen some cuts even if simsub had continued unimpeded.