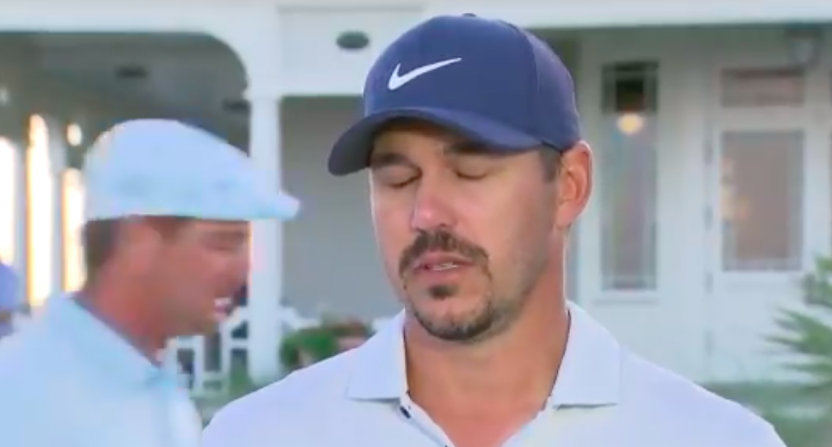 To say that top-ranked PGA golfers Brooks Koepka and Bryson DeChambeau are not fans of one another might be a bit of an understatement.

The two have been locked in a not-so-cold war for a few years now ever since Koepka took offense at DeChambeau’s slow play back in 2019.

“I just don’t understand how it takes a minute and 20 seconds, a minute and 15 to hit a golf ball; it’s not that hard. It’s always between two clubs; there’s a miss short, there’s a miss long. It really drives me nuts especially when it’s a long hitter because you know you’ve got two other guys or at least one guy that’s hitting before you so you can do all your calculations; you should have your numbers. Obviously, if you’re the first guy you might take ten extra seconds, but it doesn’t take that long to hit the ball, especially if it’s not blowing 30. If it’s blowing 30 I understand taking a minute and taking some extra time with some gusts, you know changing just slightly, I get that but if it’s a calm day there’s no excuse. Guys are already so slow it’s kind of embarrassing. I just don’t get why you enforce some things and don’t enforce others.”

DeChambeau responded but the PGA Tour eventually updated its pace-of-play rules to put a limit on players like him taking too much time to line up a swing.

When the two made a joint SiriusXM Radio appearance later that year, DeChambeau was asked about a hypothetical fight between him and Koepka, to which he replied that the likely winner is “not me.” To which Koepka replied, “You got that right.”

In 2020, when DeChambeau returned to play following a hiatus, his bulkier size and longer drives had a lot of people wondering what was in his protein shakes. That includes Koepka, who trolled him on Twitter.

And on and on it goes, usually with Brooks getting the better of Bryson.

So with all of that in mind, enjoy this clip of an aborted interview question that Koepka seems to have done this past Friday after the second day of the PGA Championship (the source clip from Media Silo appears to have been deleted shortly after the video went viral).

The disdain he has for Bryson is the best thing going in golf these days. ? pic.twitter.com/1bwMkUx0iy

Brooks was answering a question from NBC’s Todd Lewis about how he was able to hit the ball well on the day. He started getting into the trouble that he and other golfers were likely to have all weekend thanks to the wind when DeChambeau walks past him and says something that completely derails his train of thought. Upon hearing whatever was said, Koepka shakes his head and eventually then loses it.

Lewis: “We’re gonna enjoy that in the TV compound.”

Brooks: “I honestly wouldn’t even care.”

It’s unclear what DeChambeau said or if he was even talking about or to Koepka (he might have had a comment of his own about the wind). But it just goes to show how much Brooks dislikes his rival. That Bryson’s mere presence and voice could completely throw him off course during a TV broadcast for a national network.

Perhaps the best part is going back to the beginning of the video and presuming that Brooks sees DeChambeau waiting in the wings. It’s hard not to read the look on his face any other way. 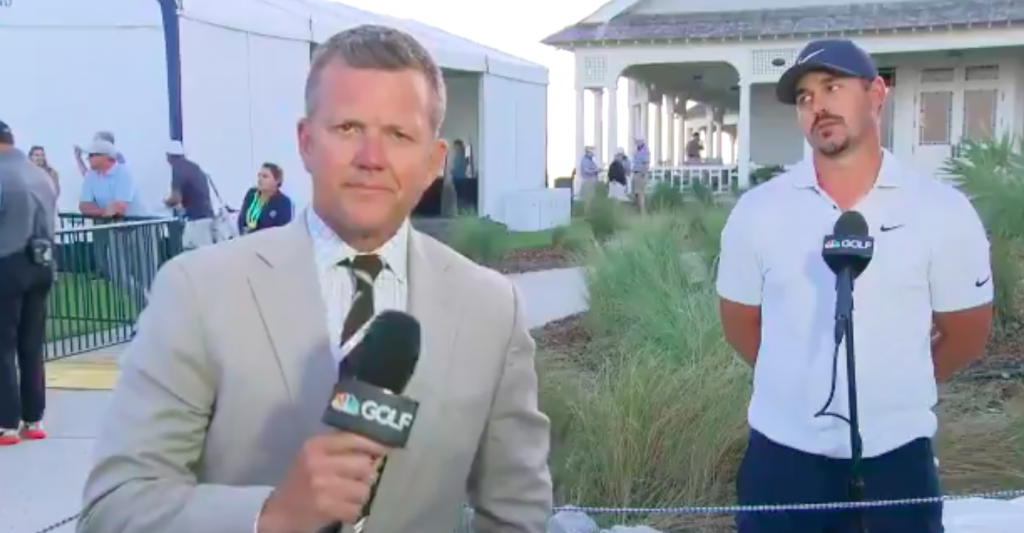 We can’t wait to see how these two annoy one another next.

? Bryson is aware of the video ? pic.twitter.com/aFuDdMbrbU