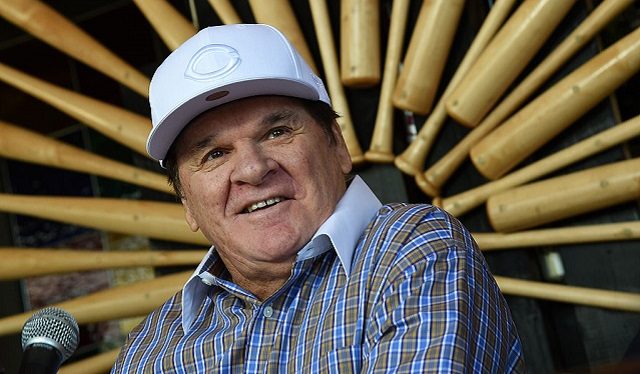 Sports betting is increasingly becoming legal throughout the United States. Subsequently, we’re also seeing more production of gambling content on sports broadcasting and standalone programming. So it was probably inevitable that a name infamously associated with sports gambling would want in on the action.

Premium podcast platform Quake Media is producing Pete Rose’s Daily Picks, which will debut on Thursday (Oct. 7). The show will post six times per week and feature Rose making picks in baseball, football, basketball, horse racing, and other sports. Thursday’s debut episode will focus on the MLB postseason with the openers of the two American League Division Series (White Sox-Astros and Red Sox-Rays) set to begin.

Listeners can sign up for a subscription through the Quake Media app or website and at Apple Podcast Subscriptions. Subscribers get a one-week free trial and then pay $2.99 per month after that.

As you surely know, Rose is Major League Baseball’s all-time leader with 4,256. During his 24-year career, he also won three World Series titles with the Cincinnati Reds, National League Rookie of the Year (1963) and Most Valuable Player (1973) awards, and three NL batting titles. Rose was also named to 17 All-Star teams.

Yet Rose, 80, lives in baseball infamy, having been banned in 1989 by then-MLB commissioner A. Bartlett Giamatti for betting on the sport. That permanent ban also makes him ineligible for Baseball Hall of Fame consideration, despite holding the record for most career hits.

Rose’s gambling habit was no secret, but he maintained that he never bet on baseball — which was strictly prohibited — and never on the Reds, whom he managed from 1984 through 1989. Yet faced with the information presented by former federal prosecutor John Dowd — which included known gambling associates and alleged gambling activities, including betting on the Reds — Rose accepted Giamatti’s punishment.

Exiled from baseball, Rose has applied for reinstatement on at least four occasions, doing so when Fay Vincent, Bud Selig, and Rob Manfred each became MLB Commissioner. In 2003, Selig said he was considering the matter, but reportedly decided against it when Rose released a memoir in which he admitted that he bet on baseball and the Reds.

Five years after Manfred denied his request in 2015, Rose applied again when MLB opted not to punish Houston Astros players for participating in a sign-stealing scheme during the 2017 season. Manfred has never publicly responded to Rose’s latest attempt to revoke his ban.

Joining Rose on the podcast will be Ben Wilson, who covers sports betting for VSIN and broadcasts play-by-play for a variety of outlets.

“I watch baseball every day. If it’s not baseball season, I watch another pro sport every day,” said Rose in the official announcement from Quake Media.

“This is going to be a fun chance for me to talk about the sports I love. I’ll share how I think about games with Ben and the fans, then we can watch and learn together. There are some insights, I believe, that only an old guy like me may think of. I’m excited to share my winning predictions with my fans.”

Programming can be downloaded at Apple Podcasts Subscriptions or through the Quake Media app on iOS and Android, and at QuakeMedia.com.