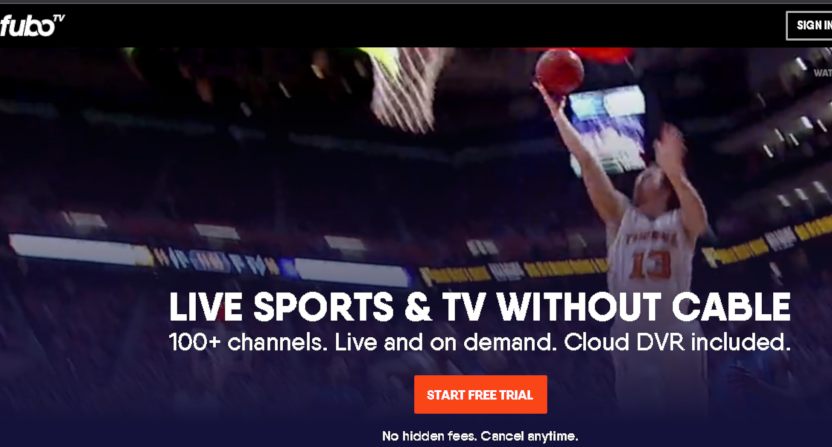 One of the options to obtain a multichannel video package is now requiring more of a commitment. As Phillip Swann of TV Answer Man wrote Sunday, fuboTV has shifted from allowing new users to sign up for only one month (following a seven-day free trial) at  a cost of $64.99 (for the starter package) to requiring them to sign up for at least three months at a cost of $194.96 (equivalent to paying $64.99 three times). However, a fuboTV spokesperson told Swann they haven’t committed to doing this permanently yet:

The live streaming service this morning tells The TV Answer Man that it’s only making its packages available to new subscribers as quarterly plans.

There is some obvious logic to this idea for fuboTV in terms of reducing the churn rates of people who sign up and then cancel shortly afterwards. Longer-running subscriptions paid at the start of the subscription have some notable advantages for companies, and were a significant part of the strategy behind The Athletic’s growth (which led to their eventual acquisition by The New York Times). However, there are potential tradeoffs of losing potential customers if you’re demanding a significant up-front commitment, and it’s notable that many digital multichannel video providers (MVPDs) like fuboTV initially marketed how their packages were easier to exit than those offered by conventional cable or satellite MVPDs.

Another notable part of this play from fuboTV is how they’re only committing to it as “temporarily” and “experimenting” so far. fuboTV is known as an operation that uses a lot of data to figure out what its customers do and don’t like, and there’s data here for them on how many potential customers they lose from this shift, especially with Swann’s note that some of fubo’s sites (desktop, not mobile) were still offering monthly plans earlier Sunday. If the new subscribers for fuboTV drop off significantly as a result of this, it’s easy enough for them to say “Hey, we erred, we’re offering monthly plans again.” But if they don’t, maybe quarterly-only will continue. (There’s obvious noise to these results with the Winter Olympics currently ongoing and with the Super Bowl next Sunday, two events that might prompt cord-cutters to sign up for a virtual MVPD at higher rates than normal. But fuboTV also presumably has data from past Olympics and Super Bowls that can help correct for some of that, maybe letting them filter out the Typhoon-class subs from the underwater volcanoes.)

At any rate, this is a significant shift, even if it’s only “experimenting” at the moment. And it’s one that other vMVPDs aren’t making at the moment;  YouTube TV, Hulu+LiveTV, and DirecTV Stream are all still currently offering month-by-month plans. But if this proves to be a valuable move for fuboTV, and if they do keep it permanently, it wouldn’t be surprising to see at least some others eventually follow suit. We’ll see how this goes.