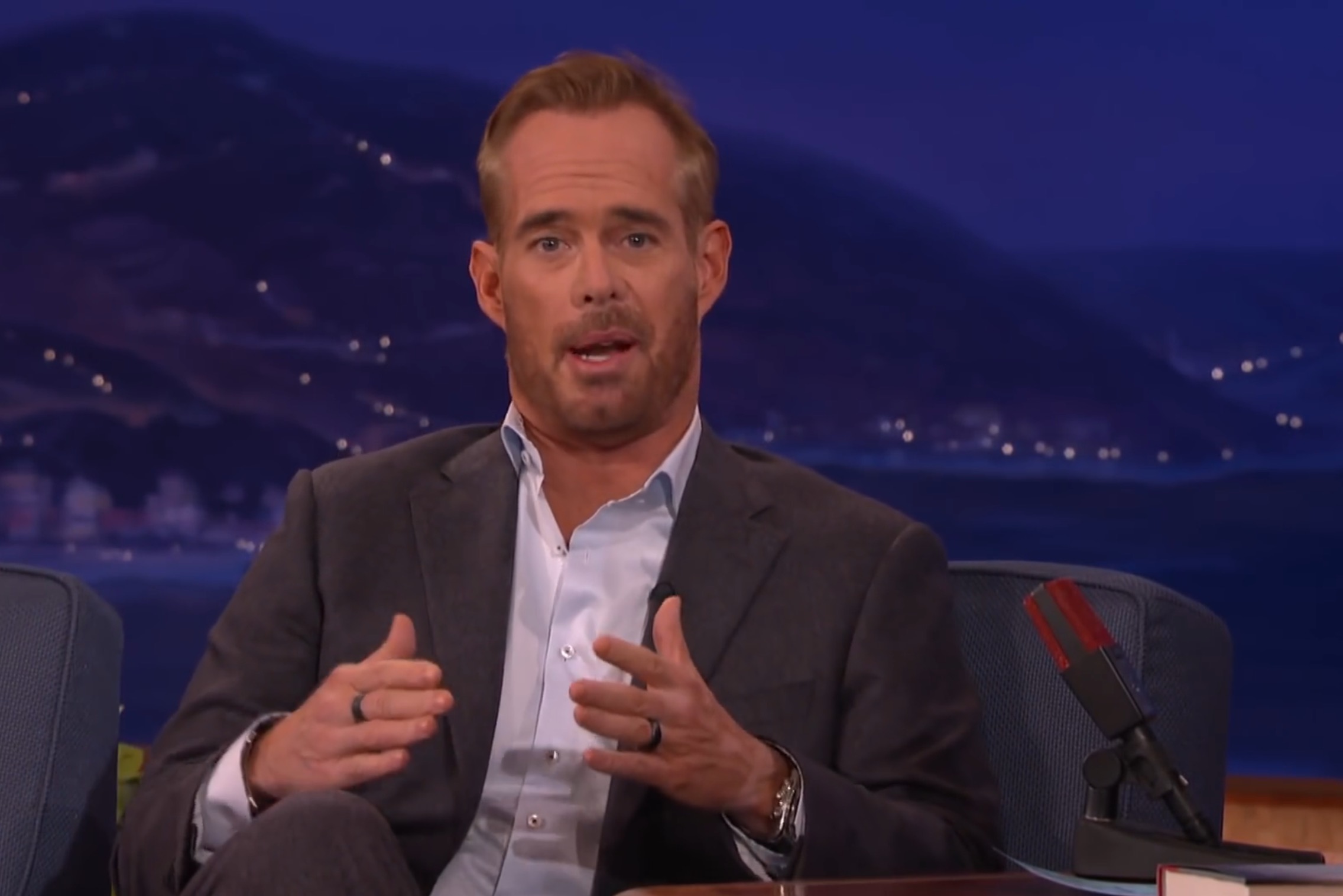 There are always a number of people out there concerned about announcer bias, and national broadcasters like Fox’s Joe Buck get a lot of hate over perceived bias even when they’re trying to be impartial. For Buck in particular, that’s led to him trying real hard to avoid showing any rooting preferences in the sports he calls, from football to baseball to golf. But he doesn’t call hockey, and that led to him talking about his unashamed fandom for the St. Louis Blues with Dan Caesar of The St. Louis Post-Dispatch recently. Buck told Caesar he’s a longtime Blues’ season-ticket holder (since the 1990s) and is thrilled with their run to the Stanley Cup Final, as they provide his one chance to really root for a team from his native St. Louis:

St. Louisan Joe Buck is Fox Sports’ lead NFL, MLB and golf play-by-play broadcaster, so he doesn’t have many chances to be a fan. The exception — he wildly roots for the Blues.

“I’m proud of where I’m from, and it’s the one place I can show that and wear it on my sleeve,” he has said. “Nothing better than high-fiving strangers after a Blues goal.”

And Buck isn’t just jumping on the bandwagon now the team is good. That quote is actually originally from a column Caesar wrote in 2016 exploring Buck’s Blues fandom, which comes with some family history; Buck’s father Jack was the Blues’ initial radio play-by-play voice for their first season, and the two of them shared plenty of bonding moments at Blues’ games, something the younger Buck now shares with his daughters.

Jack Buck was hooked on hockey, even after he left the booth. And he shared that with Joe.

“Because of that he loved the organization, he loved watching the team from home,” Joe said. “He got into it going to games, started taking me to the press box. I even got in trouble one time rooting in the press box as a young kid.

“It was something we enjoyed together on the couch in the house where I grew up. Even after I moved out, I’d go back and we’d watch Blues games together.”

…“My kids are as into it or even more so than I am,” he said. “It’s kind of our thing to do as father and daughters. We love it. It was something that I enjoyed with my dad. Now it’s something my daughters enjoy with me.”

Buck wasn’t able to attend Saturday’s Game 3 (the first Stanley Cup Final game in St. Louis since 1970) due to obligations calling the U.S. Women’s Open for Fox down in Charleston, South Carolina, so he wound up giving his tickets to his daughter Natalie and her boyfriend (after first promising them to Howie and Chris Long, who actually wound up in a suite). But he’ll be there for Monday’s Game 4, and he’s even hosting his annual golf tournament (a benefit for St. Louis’ Children’s Hospital) that morning, with the Blues as a co-title sponsor.

“Of all the years to have them as the co-title sponsor,” Buck said. “I’ll get to play that day with (Brett) Hull, (broadcaster Darren) Pang, (Bernie) Federko. Other guys are coming out and (coach Craig) Berube is sending a foursome. We moved the tee time up from noon to 10:30 so we can get our business done, raise money and send people downtown.”

So from golfing with Blues’ alumni and broadcasters in the morning (many of whom Buck knows quite well; he interviewed Hull for Undeniable in 2017, for example) to cheering on the team at night (Game 4 takes place at 8 p.m. Eastern on NBC; the Boston Bruins lead the series 2-1 after a 7-2 win Saturday), Buck’s going to have quite the Blues-related day Monday. And maybe he’ll get to high-five some strangers, and have them not yell at him about bias.