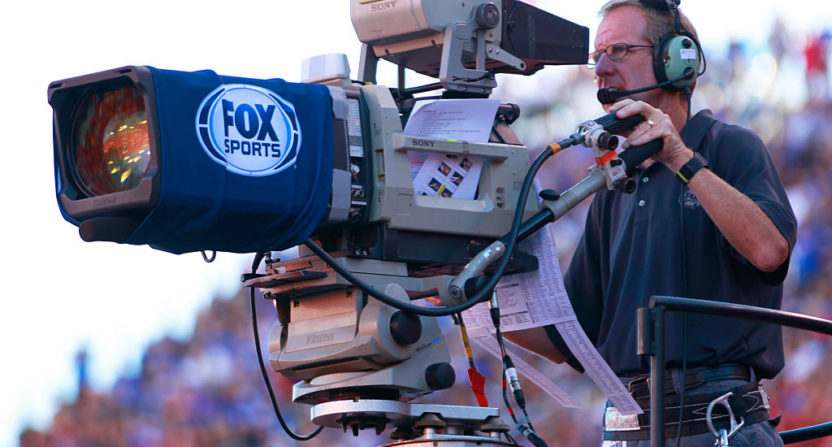 As the winter sports have officially ended for the season, we now transition to the summer and while there will be some dog days ahead for sports, this weekend will be very busy. And in planning ahead for the Viewing Picks for the week, we’ve noticed that Fox and its sister cable sports network, FS1 will be very busy.

From the U.S. Open on Fox/FS1 to FS1 airings its inaugural FIFA Confederations Cup to MLB to the 24 Hours of Le Mans and NASCAR, this is a week where Fox will be in the United States and Europe to cover sporting events.

Let’s look at the schedule:

It all begins this Thursday, June 15 and ends on Sunday, 18. Each day’s coverage starts at 11 a.m. ET. FS1 will have the first and second round on Thursday and Friday from 11 a.m. through 6 p.m. ET. Fox picks up primetime coverage both days from 6-9 p.m. ET. And Fox will have full third and final round coverage. Here’s how it shapes up:

The tournament that will feature champions from Europe, North and Central America, South America, Africa, the ANZAC region and Asia plus the host nation, Russia begins this Saturday. Rob Stone will host from Los Angeles while Kate Abdo will be in St. Petersburg, Russia. John Strong will be the lead play-by-play announcer.

The United States won’t participate in this year’s Confederations Cup, but Mexico representing CONCACAF is and will be playing this weekend.

Here’s the schedule for this weekend and times are in ET:

FS1 and Fox will combine for four games on Saturday, but you’ll see two games in your area. FS1 has its usual late Saturday afternooon game while Fox takes over after the U.S. Open in primetime at 8 p.m.

One of the most iconic motorsports events in the world, the 24 Hours of Le Mans will be on this weekend live from France. FS1 and FS2 combine for coverage. TV will not air the entire race, but Fox Sports Go will stream it in its entirety.

Bob Varsha and Brian Till will host and they will be part of a 10-person on-air team calling the race.

NASCAR heads to Michigan this weekend for both the Xfinity and Monster Energy Series. Because of FS1’s commitment to the U.S. Open, Friday’s and Saturday morning’s practice and qualifying will be aired on FS2. FS1 will return to NASCAR Saturday at 1 p.m. ET.

Here’s how the schedule looks:

So for Fox Sports, this weekend will be heavy with baseball, golf, motorsports and soccer. And if these sports are up your alley, then you’ll just have to change your TV among three channels.