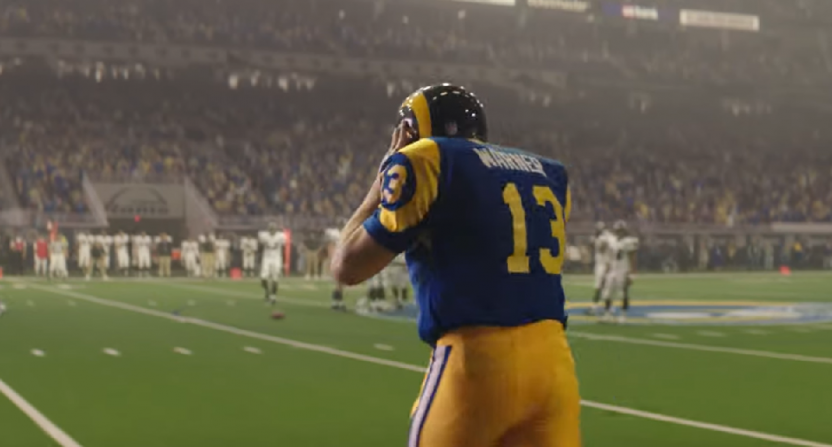 We got our first brief look at the upcoming Kurt Warner biopic American Underdog a few months ago, sparking some intrigue and also some questions about how believable the football scenes are going to be.

You can watch it in full here:

Kurt and Brenda Warner aren’t exactly world-famous celebrities, so Levi and Paquin don’t need to do a full-on impression or anything, but they both seem evocative enough. But it’s Kelly’s Martz that makes the biggest impact in the trailer, coming up just short of twirling a moustache.

Quaid’s involvement is almost a conscious nod to just how much of a throwback feel this project has, considering Quaid starred in the quintessential “overcoming obstacles to make pro sports debut later in life” movie The Rookie. American Underdog (which is, admittedly, a horrible and pandering title) is pretty clearly angling for that feel-good holiday-release movie cash, and based on the tone evident in the trailer and the fact that we know how the story ends, it feels like that’s what we’re going to get.

Anyone expecting a more realistic football movie, then, is going to be disappointed, although from the action shots it’s apparent that American Underdog isn’t going for any revolutionary depiction of the sport on screen. But, still: Mike Martz as a ranting bad guy alone might make this worth watching, especially if you’re a disgruntled fan of, say, the Bears.

American Underdog is out in theaters on Christmas Day.