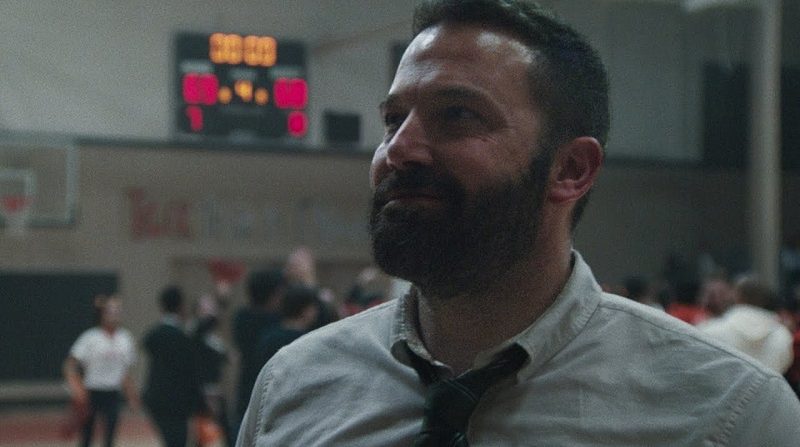 Movie theaters throughout the country are now closed due to the coronavirus crisis, compelling studios to offer new releases on home video. Beginning this weekend, films such as The Invisible Man, Emma, and The Hunt will be available on-demand. Other big releases like Birds of Prey and Bloodshot will follow next week.

Also among those new films looking for an audience after their theatrical run was cut short is The Way Back, starring Ben Affleck as a high school basketball coach looking to turn around his life. The movie will be released for on-demand home video next Tuesday, March 24 for a price of $19.99.

The Way Back was originally released in theaters on March 6, shortly before people were warned to avoid gathering in crowds and theater chains began restricting ticket sales. On its opening weekend, the film finished third at the box office against competition like Onward, The Invisible Man, and Sonic the Hedgehog, drawing $8.2 million in gross ticket sales. Last weekend, it fell to seventh with a $2.4 million gross (a 71 percent drop in revenue).

Produced with a $40 million budget (according to Variety), the $13.7 million gross is considered moderately successful but circumstances obviously affected any opportunity to find a larger audience.

Will a sports movie fill the void left by real-life sports being postponed or canceled? How about a basketball film providing a bit of a fix during a time when the NCAA Tournament would be drawing most sports fans’ attention? Well, as we wrote in our review, The Way Back has a sports backdrop and basketball is a key aspect of the story, but the movie is really about the main character’s struggles with alcoholism as he copes with failure and tragedy.

“But just when you think you know how this movie will turn out, The Way Back surprises by pushing the story a little further and exploring its main character a bit more deeply. Whether or not Bishop Hayes wins the big game isn’t as important as the team getting there. And Cunningham [Affleck] might have a happy ending, but he doesn’t get there in as straight-forward a fashion as he might in a different story.”

That might disappoint some viewers hoping this is a 2020 version of Hoosiers. (Especially with a movie directed by Gavin O’Connor, who’s helmed excellent sports movies like Warrior and Miracle.) But Affleck’s performance is certainly worth watching in what’s a very human, character-driven film.

Related: ‘The Way Back’ doesn’t follow the typical sports movie path, making it a pleasant surprise