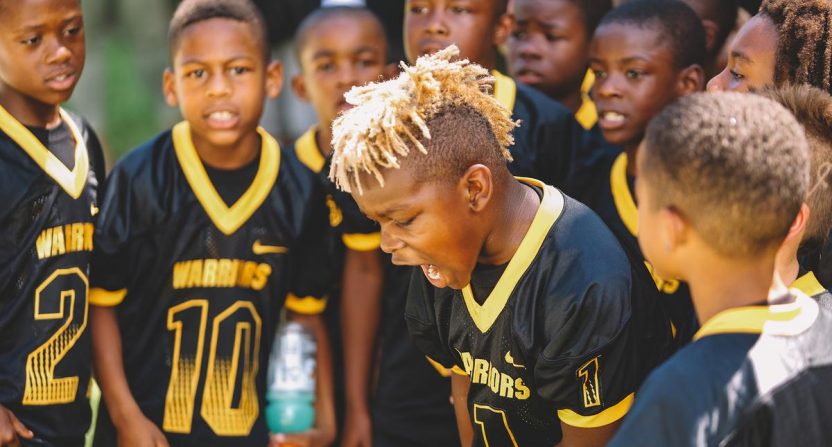 The sports journalism documentary series space is a competitive one as shows like Real Sports, Outside The Lines, and 60 Minutes Sports have all received loads of critical acclaim. However, upstart Viceland’s Vice World of Sports has just begun its second season with the idea that stories off the beaten path may appeal to a younger audience.

Below we spoke with the show’s executive producer Evan Rosenfeld on what to expect going forward.

VWOS season 2 focuses on rivalries. Why was the decision made to veer away from the format/branding you guys had in season 1?

We explored the rivalry concept in season 1 with episodes like The Eternal Derby, Bayou Classic, and The Gibson Cup. We had a lot of fun making those and realized there were some incredible stories buried in these rivalries, much deeper than just “these two teams hate each other’s guts.” We also wanted to challenge ourselves, put ourselves in a box (rivalries), and figure out a way to bust out of it and re-define the understanding of that concept in sports.

Will VWOS continue with rivalries if/when a S3 is greenlit or could we see the emphasis change again?

We really had fun with having a themed season, but if and when we get greenlit for season 3, it most likely won’t be RIVALS. We have a few other concepts we want to explore, or we could go back to a general VICE World of Sports season. We would come back to the RIVALS concept in a future season. There are so many great stories still left to tell in that world.

Of the 3 episodes I’ve seen, two are international and one was a youth football league. Are you trying to showcase stories off the beaten path to the American public or is access to the major leagues/conferences part of that decision?

Access is a part, but stories are another part. For us, the story is the king. The team, league or superstar involved are secondary. Our stories aren’t always directly about the rivalry. We are using the rivalry as a window into the world. It just so happens that the most interesting stories are mostly not in the world of the major american sports leagues.

We do have a small town minor league baseball rivalry this season, it’s based in the Appalachian League, between the Bluefield Blue Jays and Princeton Rays (The Mercer Cup). Both parent teams (Toronto and Tampa Bay) had to sign off and they were very nice to work with.

The Season 2 debut was an hour long episode. When did you make the decision that the story required that extra half hour to tell? Did King Carter’s death play a role in that?

We’ve been very lucky that VICELAND has allowed us leeway in telling our stories. Last season we were allowed to run over by a few minutes, but this year we had a pair of powerful stories that required a lot more time.

“The Boom Squad” (our season 2 premiere) is a story I’ve been trying to tell for years. When I filmed the 30 for 30 “The U,” I was lucky enough to meet Luther “Uncle Luke” Campbell who was a legend when I was growing up in Miami for his work with the 2 Live Crew. He told me about his program and brought me to the park to show it to me. What they were doing out there was really special, and given the results (NFL stars) I felt that it was a story that needed to be told.

The story had to be an hour, and King Carter was a big part of that reason. That isn’t a story to breeze through, we wanted to give it the proper amount of time.

Cutting it down to an hour was tough, it could have easily been 90. There is some great material on the cutting room floor, including an interview with University of Miami coach Mark Richt.

The other hour-long story is our first unhosted episode in our 2 seasons, and is our season finale. We just wanted to continue to reinvent ourselves and challenge ourselves not to be derivative of ourselves or anybody else.

That story centers around two small farming town high schools in Montana. I don’t want to give away too much about that episode because it’s special, but here is the description:

In Montana, farming and football are life. But as farms dry up and people disappear, two schools that were once bitter rivals must join forces. Now one team gives hope to two fading towns.

How did the death of King Carter affect the crew? Do you have any mixed emotions on having to include that narrative into your story?

Filming with King Carter’s parents was the most emotional interview I have ever been a part of. The only way the crew was able to get through it was through the strength and perseverance of King’s parents, Santonio and Monica.

The emotions weren’t mixed on including it, though. He is the story. The rate of death and crime among the youth in Liberty City is shocking. His story could have easily been Devonta’s story or Antonio Brown’s story.

The Florentine Football story has been previously covered on 60 Minutes Sports. Do you at times feel compelled to stay away from certain stories because maybe HBO, Showtime, or ESPN has covered them already or is it a non issue with you guys in terms of your selection process for new stories?

We love to break stories, like our prison soccer story in Uganda last season “Luzira Upper Prison,” but we aren’t afraid of doing a story that’s been done before, because in our opinion, our show takes such a different approach that it shouldn’t matter. A show like 60 Minutes Sports is covering a story, we are telling a story. They are reporters, we are storytellers. I’ve had the pleasure of working for 60 Minutes, and the team that works on the show is incredible, but what they do is much different than what we do. .

Do you think the success of ESPN’s OJ 30 for 30 has changed the appetite for sports documentaries and doc series with the networks and with viewers?

That’s a great question, I don’t think it was OJ that did that though. I think it was the whole 30 for 30 series that did that. For the first time, sports documentaries were being made that people who don’t know or care about sports could enjoy. That opened things up immensely. I don’t think you would see shows like ours, or Last Chance U on Netflix without that.

What’s an episode later in this season that you’re excited about and why?

The first three you watched, “The Boom Squad,” ” Superclasico,” (3/1) and “Calcio Storico” (3/8) really have me excited about the launch of the season, I feel that we are showing a real range in types of stories.

We have an eSports episode called “Aphromoo vs. Doublelift” (3/22) that was a lot of fun to make and we are really happy with the way it turned out. It is a story of two League of Legends players, two of the best in the US, who were teammates, good friends, and led their team to greatness. After a falling out, one of the two was dramatically “kicked” from the team and joined their mortal rivals.

We wanted to use that episode as a chance to advance the storytelling in the world of eSports. Up until now, all stories have focused more on the growth of gaming, the booming business and its place (or lack thereof) in the world of traditional sports. We wanted to tell a story that moved past that. A story that could be told in any sport, two former teammates turned rivals.

Looking back at season 1, what changes would you have made with the hindsight you have now?

I think this about everything I work on, but I think we could have done a better job getting the word out about the show.