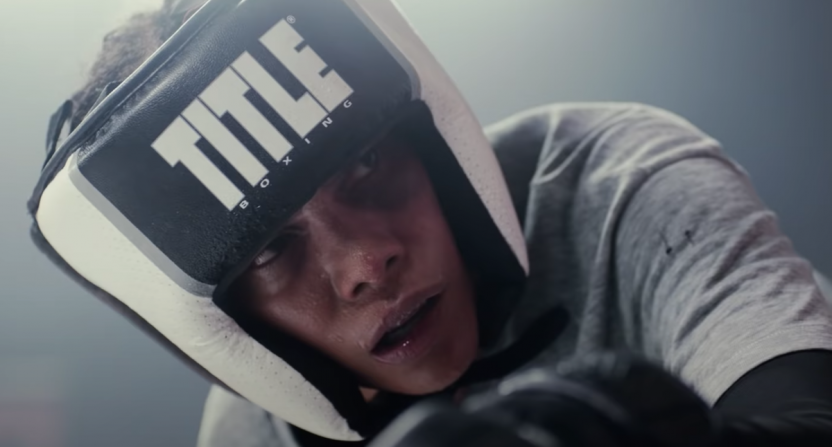 Just over a year ago, Netflix purchased the rights to an MMA movie directed by Halle Berry titled Bruised. The film was a work in progress when it showed last September at the Toronto Film Festival, which is why it’s taken this long to be released on the streaming platform.

In the film, Berry plays Jackie Justice, a disgraced former MMA fighter attempting a comeback against an up-and-coming rival. While training to get back in competition, Justice is also battling for custody of her son, whom she abandoned years ago.

Yes, Berry is directing the film in addition to playing the starring role, her first time behind the camera. As she explained to Variety last year, Berry couldn’t find a director who shared her vision for the film. That compelled her production partner to suggest she take the job, making Bruised even more notable for featuring a female director of color.

Now, Bruised is ready and set for a Thanksgiving holiday release (Nov. 24). Netflix released a trailer for the film which also revealed the movie’s premiere date. Check it out:

Berry fought for playing the lead role, which was originally written for a younger white woman. (Blake Lively was attached to the project at one point.) She purchased the script for Bruised when it became available and pitched herself to producers, arguing that there was no reason a Black woman couldn’t play the role. Being older (Berry is 55 years old!) would make the story more compelling.

“Why not a Black woman?” Berry told Variety‘s Ramin Setoodeh. “It’s an old genre. There’s so many great fight films that have been made. I made the point why it would be worth retelling an age-old story with this new twist.”

Berry, who won the 2002 Best Actress Academy Award for her performance in Monster’s Ball, will surely draw attention with the physicality of her performance. The film’s fight coordinator and stunt coordinator, Eric Brown, told Entertainment Weekly that the actor broke two ribs on her first day of filming.

But Berry throwing herself into an action role shouldn’t surprise anybody. Perhaps this is the most grueling and raw she’s appeared on camera, but Berry has shown her martial arts skills in several movies including John Wick: Chapter 3, Die Another Day, Catwoman, and four X-Men films.