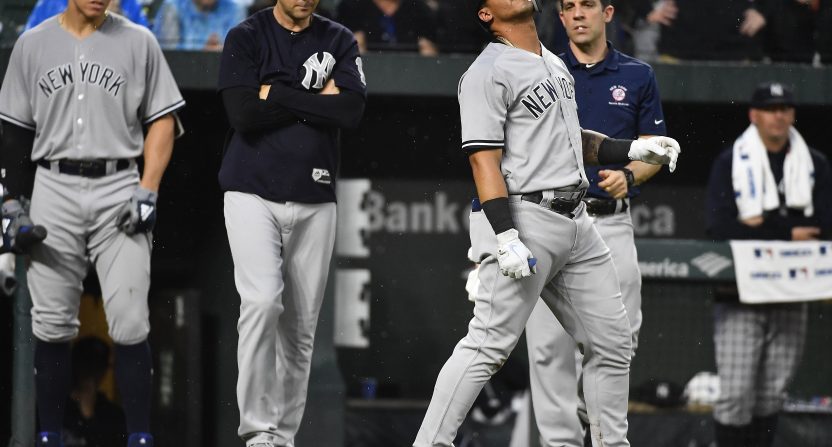 When ESPN is scheduling Sunday Night Baseball matchups, there are almost always considerations given to large market teams.

Take a look at the fixed schedule of 2018 games announced last winter, for example: 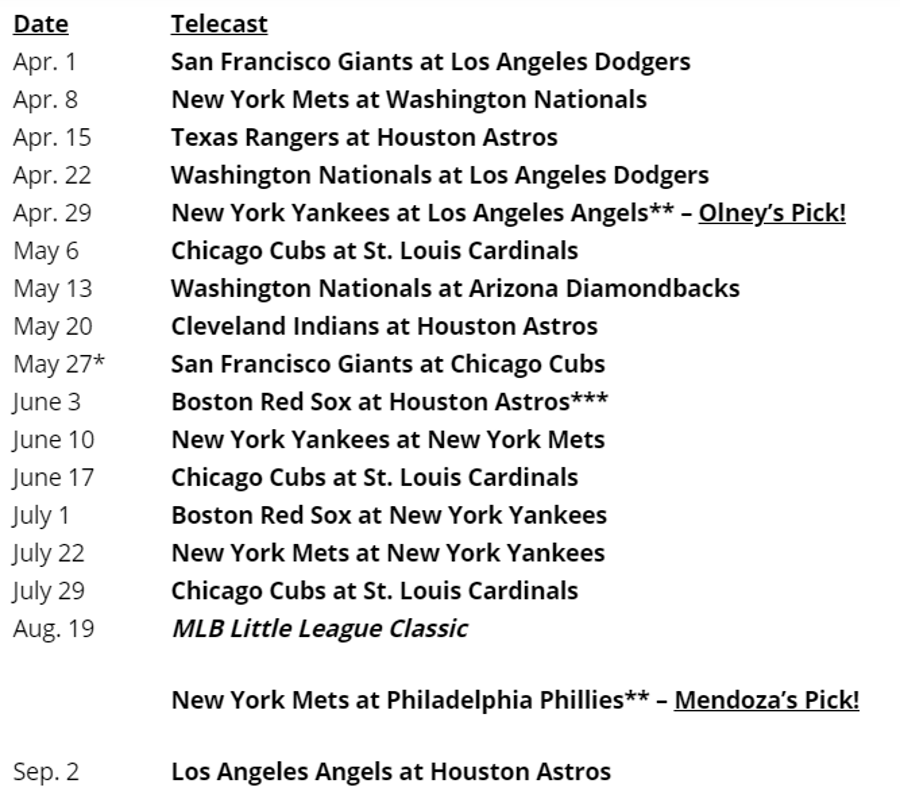 You’re likely seeing a pattern there; every week typically features at least one team from New York, Los Angeles, Chicago, Houston, etc. And while most of those teams are also good, which is nice, it’s obvious what ESPN is going for with their choices. There are a few flex dates throughout the year as well, and one of those was recently exercised, elevating the Yankees and Blue Jays tilt in Toronto on July 8th from 1 PM to 8 PM.

The Yankees, though, are in the middle of a road trip, and not only that, but they’re scheduled to play a make-up double-header the very next day, in Baltimore. And they are really, really pissed about it. Via Andrew Marchand in the New York Post:

In an effort to change the time of the July 8 “Sunday Night Baseball” telecast, the Yankees are threatening to boycott ESPN personnel all year, according to sources with knowledge of the team’s thinking.

“It is a tool in the toolbox,” one source said.

Yankees manager Aaron Boone, a former ESPN analyst, has been vocal in saying that the July 8 game in Toronto that was pushed back from 1 p.m. to 8 p.m. should be reversed to its original time.

It doesn’t seem likely that it’s going to change, although anything is possible. ESPN has said that the game was actually always going to be on Sunday night, and that all parties were aware. From Bill Madden in the Daily News:

ESPN maintained that the July 8 Sunday night Blue Jays-Yankees game had been in the books since December (even though it still appeared on team schedules and the commissioner’s media guide as a 1 p.m. game), and the Yankee players insisted they would never have agreed to adding another game on July 9 had they known they were going to have to play an 8 p.m. game the night before.

The Yankees concerns are obvious, especially once you learn the logistics of the situation:

If this stands, they would have to play three games within 24 hours, two on Monday with little or no sleep, as they would likely not get out of the ballpark in Toronto until midnight, go through customs, and fly to Baltimore, getting in at 4 or 5 a.m. then due back at the ballpark a few hours later.

This concern isn’t exclusive to the Yankees, of course. The Cubs played the Giants on May 27th at Wrigley, then had a 1 PM road start the next day in Pittsburgh. Both of those games were on the calendar all season, though, and while that does demonstrate a general lack of concern for scheduling issues like this, it’s another thing entirely to have a double-header the next day, especially when it theoretically could have been avoided.

Will MLB step in? Will the Yankees follow through on their boycott threat? Will ESPN offer a resolution? It’s hard to say, but it’s a given that this drama is probably better than a random July game between the Yankees and Blue Jays.