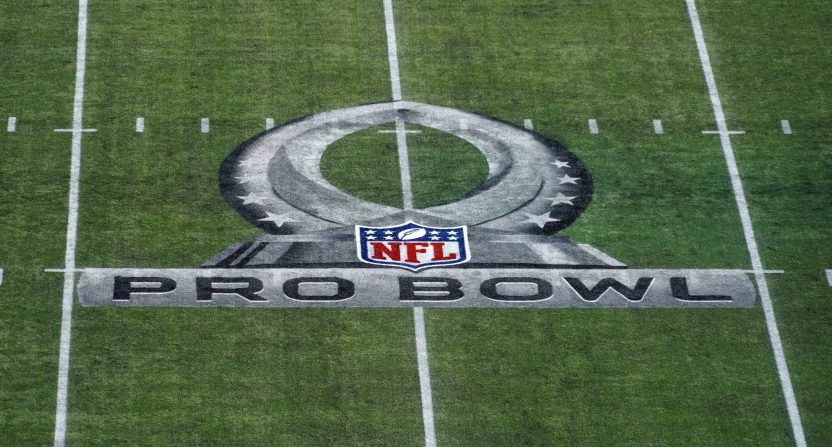 Due to the pandemic, there won’t be a Pro Bowl game this year. This was announced back in October, with the game’s replacement called “a variety of engaging activities.” On Thursday, those “engaging activities” were announced by ESPN, and it seems like they’ll mostly be highlights, interviews, and Madden stuff. Wheeee!

Airing at 3 PM Sunday on ESPN, ABC, and Disney XD (yes, a three channel Megacast for *this*), Sam Ponder and Randy Moss will host the “Pro Bowl Celebration.” Here are the details on some of what will be featured.

Throughout the 2021 Pro Bowl Celebration, ESPN will spotlight this year’s Pro Bowl players both on and off the field. Chris Berman will deliver Pro Bowl player highlights, revealing his top 10 plays of the year, and Moss and Matt Hasselbeck – a three-time Pro Bowler, will provide an inside look at this year’s Pro Bowl class through a pair of Zoom calls with select players on each roster. Wide receiver DeAndre Hopkins (Arizona Cardinals), defensive ends Chase Young (Washington Football Team), Cameron Jordan (New Orleans Saints) and Myles Garrett (Cleveland Browns), and cornerbacks Tre’Davious White (Buffalo Bills) and Stephon Gilmore (New England Patriots) will join ESPN’s NFL analysts for a conversation with their NFC or AFC teammates.

This almost seems like an extended pregame show that would air before the Pro Bowl game itself, so I guess it sort of makes sense to just slot it into the game window instead of having to completely reinvent the Pro Bowl into something unique that people might grow attached to.

The “Pro Bowl Celebration” also features interviews with Brett Favre, Patrick Mahomes, and Tom Brady, a preview of the Madden 21 Pro Bowl (airing immediately after this broadcast, but only on the NFL’s social media platforms), and something called “VERZUZ player highlight battles,” which makes me feel very old.

So anyway, for those of you expecting something that would completely flip the Pro Bowl on its head, you won’t be getting that this weekend.