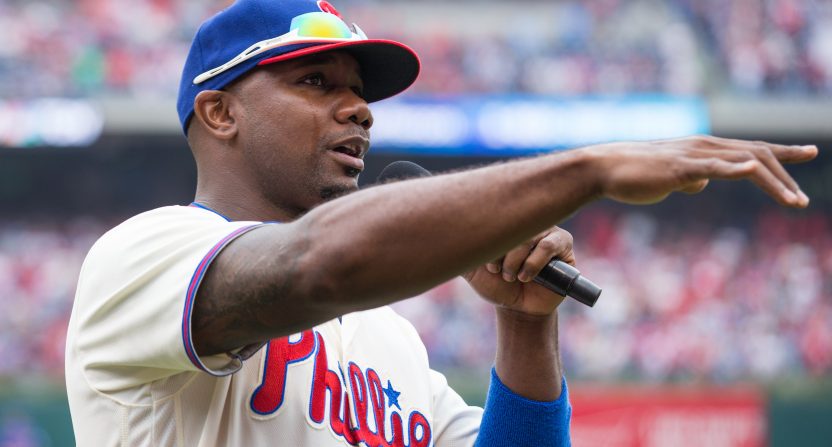 It hasn’t been all at once, but over the past few years ESPN has completely remade their bullpen of baseball analysts. The network has ushered in a number of fresh faces who made their names through the 2000s including Mark Teixeira, David Ross, and Alex Rodriguez. Those faces, along with Jessica Mendoza on Sunday Night Baseball, have added a new fresh outlook to ESPN’s MLB coverage.

The latest addition is another former All-Star. Former Philadelphia Phillies slugger Ryan Howard will join ESPN as its newest MLB analyst, working primarily in the studio on a number of different platforms across the “family of networks.” Howard had three All-Star appearances in his career along with winning a Rookie of the Year and MVP award in Philly.

“I’m very excited to join ESPN’s baseball coverage and contribute across their various platforms,” said Howard. “Can’t wait to get started next month.”

Howard will debut in early March during ESPN’s coverage of spring training. He will regularly appear on Baseball Tonight, SportsCenter, Get Up!, ESPN Radio and other prominent ESPN platforms.

It’s good to see the network add to their baseball contingent, which still isn’t anywhere near as large as their small battalion of individuals who cover the NFL. Perhaps the most interesting thing is that Howard will be on Get Up, a show that has gotten into a rhythm of showcasing new analysts for each sport (like Dan Orlovsky or Bobby Carpenter covering the NFL and college football).

It seems like ESPN is ready to give Howard plenty of exposure, so perhaps he could be a breakout analyst for the network when it comes to covering Major League Baseball.