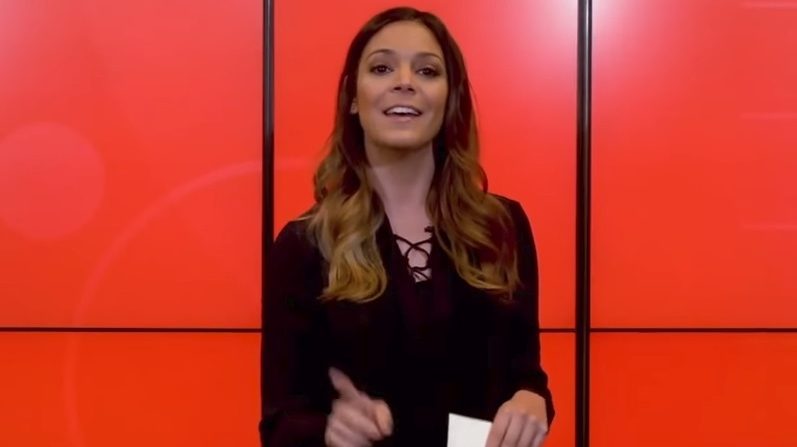 ESPN announced a host of new digital shows at their NewFront presentation on Wednesday, in addition to some of the previously announced digital shows coming to Twitter. The two most significant shows announced are a new late night show hosted by Katie Nolan and a new daily SportsCenter series, exclusively airing in the ESPN app.

The new Nolan project will be called Always Late with Katie Nolan, and is described as a “weekly late night digital show”. ESPN also claims the show will feature “reaction to and commentary on the week’s news, produced segments and interviews with athletes, celebrities and more”. The launch date is still TBD, though ESPN says it is “coming soon”.

The daily SportsCenter series in the ESPN app is also new, and will be hosted by Scott Van Pelt and other anchors. It’s described as “a curation of the top things fans need to see, know and look for in sports. This includes what fans missed last night, top plays and what to expect today, highlighting the array of content from across ESPN.”

The new Nolan show was the next logical step for her at ESPN. Thus far during her time at the network, she’s largely kept a low profile, making appearances on shows like Highly Questionable, Scott Van Pelt’s SportsCenter, and SportsCenter’s SnapChat story while also hosting a podcast (at the time of her podcast announcement six months ago, a digital show was also announced as in the works). With the digital show now announced, we can stop wondering “what’s next” for her and what her future holds.

I think I’m more intrigued by the SportsCenter series on the ESPN app, because it brings us one step closer to user-specific, customized daily SportsCenter episodes. I think this is the ultimate future for SportsCenter, and if these daily app episodes are a success, I could see ESPN eventually turning it into a series that shows each user the highlights and news they want to see every day.