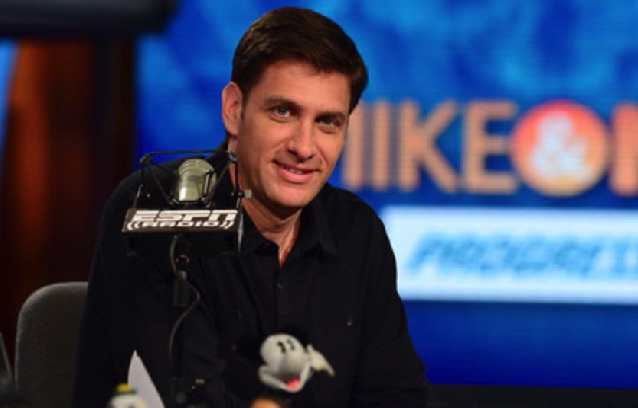 Even the most successful bands sometimes break up, and it appears that Mike Greenberg and Mike Golic are going their separate ways after 16 years hosting Mike & Mike on ESPN Radio.

According to Sports Illustrated’s Richard Deitsch, Greenberg is leaving the show to host a new morning show on ESPN. The new program will reportedly feature elements of the SportsCenter program it’s replacing, as well as a traditional morning show.

This move, which had been rumored for a few months now, has a number of implications.

1. It shows that ESPN values Greenberg as a brand and sees him as someone who can drive viewership, beyond his chemistry with Golic. That’s no surprise after Jim Miller reported last month that Greenberg recently agreed to a deal with ESPN that will pay him $6.5 million a year.

2. It reinforces ESPN’s shift toward making SportsCenter a personality-driven show as opposed to a highlight-driven show. Every SportsCenter is getting its own schtick, from Scott van Pelt’s one-man commentary show to David Lloyd and Cari Champion’s Coast to Coast version to Michael Smith and Jemele Hill’s yet-to-be-unveiled 6 p.m. iteration. Whether or not Greenberg’s show gets SportsCenter branding, it sounds like it will be another take on the SportsCenter model.

3. The dissolution of Mike & Mike will force ESPN to reconstruct its radio lineup. Mike & Mike was a powerhouse for the network, serving as both a steady presence amid swirling turnover and as a cash cow with a healthy audience and numerous sponsored segments. Deitsch speculates that Trey Wingo could replace Greenberg and that Mike Golic Jr. will have a role in any new show. Conceivably, ESPN could just plop someone new in Greenberg’s chair and hope the magic doesn’t disappear, though you’d imagine the show will get a new name.

Deitsch says there is no timetable for currently for the end of Mike & Mike or the beginning of Greenberg’s new show.