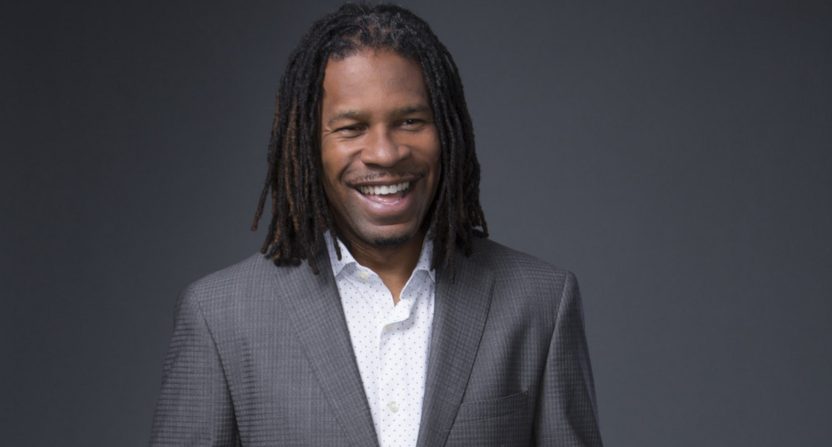 Another long-standing ESPN figure is leaving the company. That would be LZ Granderson, who posted to Instagram earlier this week that this will be his last week with ESPN. Granderson already has several other roles, including as a sports and culture columnist with the Los Angeles Times (a role he started in 2019), as a contributor to ABC News, and as the host of the Life out Loud ABC Audio podcast, but he’s been an important ESPN figure on a lot of fronts, from writing and editing for famed digital site Page 2 and ESPN The Magazine to co-hosting SportsNation (he’s seen above on that show in 2018), appearing on everything from First Take to Around The Horn to U.S. Open (tennis) coverage, and (most recently) co-hosting a drive-time show with Jorge Sedano and Scott Kaplan on ESPN 710 Los Angeles. Granderson reflected on his 17 years with the company and the ups and downs of that period in his post:

That post is well worth reading in its entirety, but a couple of things stand out in particular. In the second paragraph, Granderson writes “Over the next 17 years I vacillated between being tolerated and being ignored. Like for years I had to scramble to find someone to do my locs during Wimbledon because they never hired anyone to do natural Black hair…and yes, I asked.” That ties into larger discussions about television’s treatment (in both news and scripted programming) of those with natural Black hairstyles, and into larger discussions of the treatment of Black employees at ESPN (where one of the most notable pieces came from Granderson’s Times colleague Iliana Limón Romero).

Beyond that, Granderson has some notable comments on being an openly gay ESPN employee. He talks about what he was able to get the company to do from a sponsorship standpoint, but also one particularly problematic comment he received from a supervisor:

I got to cover Wimbledon. The NBA Finals. The Super Bowl. I helped establish the LGBTQ employee resource group and got the company to be a Gay Games sponsor. I joined with @roxxiej to create digital content way back when ESPN plus was still ESPN360. Few knew what to do with digital back then but I saw the potential right away. So I kept grinding. When my boss said “You know so much about the NBA I forget that you’re gay,” I was angry, but I kept grinding.

Granderson has done a lot of impressive things at ESPN over the years, on a lot of different fronts. And he’s also already moved on to some notable roles outside of ESPN, so this isn’t as sharp a shift as we’ve seen with some other people leaving the company. His exit post is interesting, and it’s admirable for its candor; a lot of people leaving companies put out statements that are only positive, so it’s notable to see him discussing some of the setbacks and challenges he faced at ESPN (especially while he’s still continuing with sister company ABC). And we’ll see what else he moves on to.