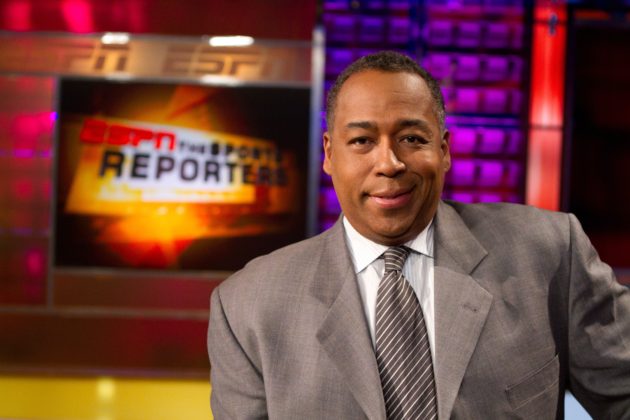 On Aug. 8, nearly a year to the date that John Saunders died at age 61, the longtime ESPN anchor’s posthumous memoir will hit bookstores.

On Monday, Sports Illustrated’s Richard Deitsch published an excerpt from the book, Playing Hurt: My Journey from Despair to Hope, in which Saunders discussed his long struggle with depression, including a near-suicide attempt in early 2012.

To mitigate my depression I had undergone years of therapy and medication from a better of doctors—some great, some not. But on this morning I woke up as deeply depressed as I’d ever been. That was when I decided to drive to the Tappan Zee Bridge. I told myself I wasn’t going to there to jump off the bridge I was only going to look over the side. When I got to the bridge I drove to the highest point and stopped, just as I planned. Suddenly, there I felt a great urgency. With cars whizzing past and the police sure to show up any minute, I realized if I was going to peer over the edge to see what it looked like, I’d have to do it now.

But after I got out of my car and walked to the side I encountered girders and fences designed to keep people from jumping. I realized that killing myself this way would take more effort than I had anticipated. I made my way through the first layer of obstruction and got close enough to see the river below. Once I finally looked over the edge, I saw a drop of about 140 feet, equivalent to a 14-story skyscraper. The river’s rough gray surface looked more like concrete than water. I stood there motionless, taking it all in. When I realized I could do it, that I could jump from the bridge, I got scared. I turned around, got back in my car, and drove off, heading for home. On my way back I decided that whatever I was going to do, it wasn’t going to be that. But what was I going to do?”

Saunders writes that at the time he was still feeling the effects of a head injury he’d suffered six months earlier and was worried he was losing, “the one skill I could always count on, the thing that saved me so many times—my ability to talk on TV.”

The memoir was co-written by author John U. Bacon, who continued working on it after Saunders’ death, with help from his family, friends and physicians.

In the brief excerpt published on SI.com, Saunders also reveals he checked himself in to the psychiatric ward of a local hospital in 2009, without telling anyone at ESPN.

Saunders died on Aug. 10, 2016. The book reportedly explains that the cause of death was a combination of an enlarged heart, complications from his diabetes and dysautonomia.