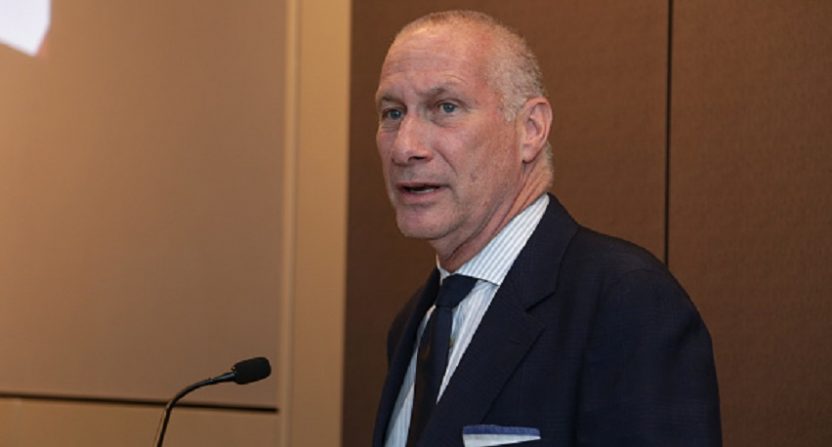 In the two weeks since John Skipper’s shocking resignation as ESPN president, a considerable amount of speculation has attempted to fill the vacuum left by the surprising development and a lack of information surrounding it. Though a substance addiction was cited as the reason for Skipper leaving his post, plenty of sports media observers think there must be more to the story because Skipper never exhibited any signs of such a problem — especially in the days before deciding to resign.

James Andrew Miller is among those who aren’t buying the substance addiction story. In a column for The Hollywood Reporter, the author of ESPN tell-all book Those Guys Have All the Fun tries to make the case that this narrative just doesn’t add up. If Skipper is suffering from addiction, why didn’t he take a leave of absence to treat his problem? Why didn’t ESPN and Disney stand by him until he was ready to return?

Miller acknowledges that the lack of any other reports since Skipper’s resignation — despite many efforts to uncover such information — might appear to indicate that the story checks out. As unbelievable as it might seem to some, maybe the explanation from Skipper and ESPN is really that simple. But the author isn’t convinced.

“Well, as much as I’d like to join them in believing that, I’m sorry, but I just can’t. What if instead of jumping, John Skipper was pushed — and not because of any sordid story desperately being kept secret? What if the critical word in his statement wasn’t ‘addiction,’ but rather that his departure was ‘mutual’? What if this was, in a manner of speaking, a Mickey Mouse operation?”

From there, Miller goes on to speculate that the substance addiction story might be a cover. But rather than covering up a more sordid explanation — one of the attempted explanations has been Skipper being involved in some sort of misconduct scandal — Miller believes that Skipper’s resignation was the result of a corporate power-play.

As many have asserted, Skipper’s behavior before the resignation doesn’t indicate a person who was ready to leave his position. He signed a contract extension. He appeared in public to tout the future of the network, to rally his employees after a rough year in Bristol. He agreed to interviews with Miller himself. Skipper also changed the executive hierarchy atop ESPN, giving lieutenants Connor Schell and Burke Magnus added responsibilities. Miller goes over several other events that arguably contradict the network’s official story in his column.

But in Miller’s view, an explanation that makes more sense is Skipper being forced out by Bob Iger, who eyes the ESPN president job as an excellent role to groom the next CEO of Disney. If Jimmy Pitaro, currently Disney’s chairman of consumer products and interactive media, ends up replacing Skipper at ESPN, that would add credence to Miller’s theory.

The attempt to find another explanation for Skipper’s exit surely speaks to our collective skepticism, need for gossip, and interest to find more information and breaking news to feed a 24-7 news cycle. That Miller is joining in the speculation might be a surprise to many. But as we all know, he is very connected to the inner workings at ESPN as a result of writing his celebrated book. And if he thinks something isn’t quite right, it’s probably worth noting.