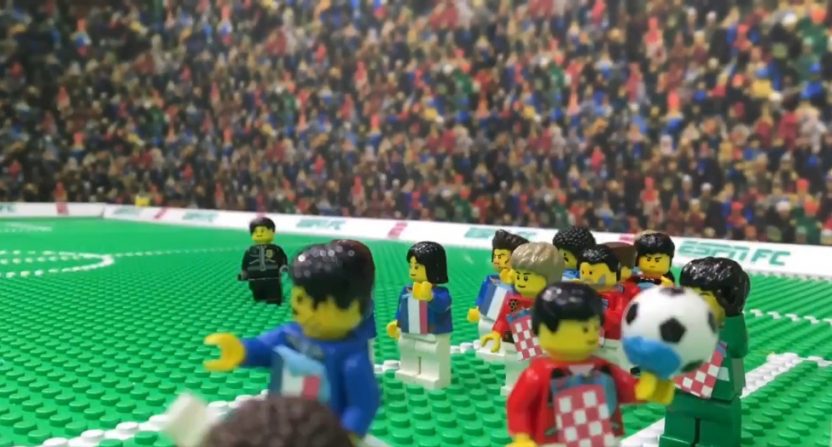 The 2018 World Cup marked the first time since 1990 that ABC and ESPN hadn’t had the tournament’s English-language rights, with those belonging to Fox this time around. And that extended beyond live game action to highlights; ESPN was only allowed to show two minutes of World Cup highlights per edition of SportsCenter, and wasn’t allowed to put highlights on studio shows, their website, or their social media platforms. So they got creative, using elements like Lego and kids’ drawings throughout the course of the tournament. Their Lego highlights of Sunday’s final are particularly good, especially for their take on the video-assisted referee (VAR) system that led to a France penalty (around 0:40):

These Lego World Cup highlights have some hidden gems ? pic.twitter.com/lZxjLISScg

That’s some impressive creativity, from the “video screen” the ref was looking at to the repeated back-and-forth replay. And many of the other goals were shown off well here, too, with attention paid to the ball’s flight paths. The celebration at the end is also nice. It’s far from official, but it’s cool to see what ESPN was able to come up with here given the restrictions they were working with.