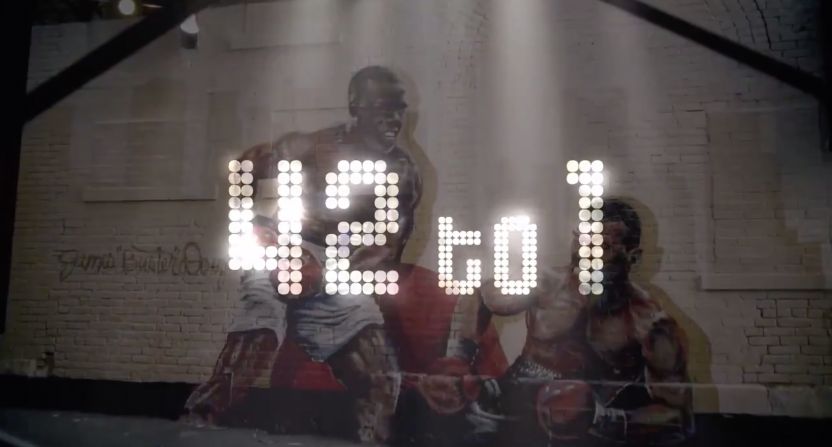 It’s a bit strange that within the history of ESPN’s 30 for 30 series, we haven’t seen a documentary about the night James “Buster” Douglas upset Mike Tyson in Tokyo, Japan to become Undisputed Heavyweight Champion. The story has been told time and time again as it’s not only one of the more pivotal moments in boxing history but also in Mike Tyson’s boxing career, but it was weird that the fight never got the “30 for 30” treatment. Until now.

ESPN released a trailer for their latest 30 for 30 release 42 to 1, its title pointing out what oddsmakers in Vegas had on Douglas beating Tyson. 42 to 1 is set to premiere December 11, on ESPN.

Tyson vs. Douglas: the biggest upset in boxing history.

Before this fight, Tyson was the “Baddest Man on the Planet.” With a 37-0 record and 33 wins by knockout, Tyson was the dominant boxer at the time and arguably was the most dominant boxer in history. Douglas put forth a somewhat respectable run but already had four losses and never met anyone like Tyson in his career.

This film, directed by Ben Houser and Jeremy Schaap, will show what went on in that fight and how one of the greatest upsets in sports history happened.

ESPN hasn’t done as many 30 for 30 movies this year than in previous years but 42 to 1 is in the middle of a stretch of films ESPN has announced. Along with ESPN+ releases The Last Days of Knight (to premiere on ESPN November 29) and Seau, ESPN will have Deion’s Double Play on January 31 about a weekend stretch in 1992 in which Deion Sanders played an NFL game in between two MLB playoff games in two different cities.