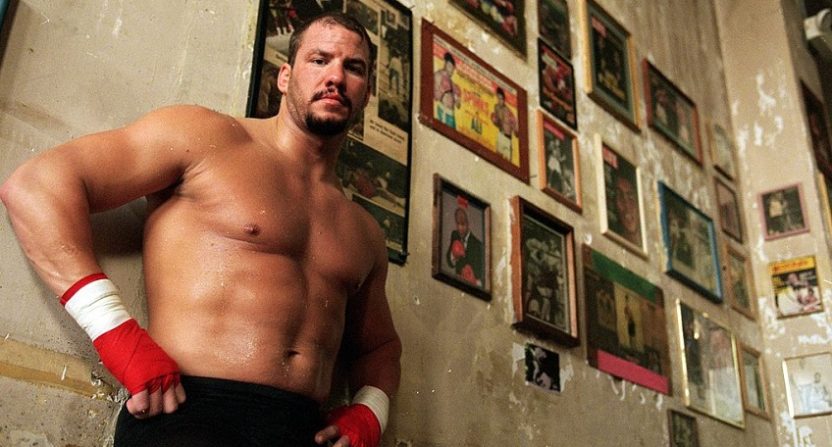 As ESPN tries to create more of a presence in digital and streaming video, the network is providing more content exclusively for that platform in addition to the games that are currently available on ESPN3, along with the WatchESPN and ESPN apps.

The 30 for 30 series is a good place to start with that exclusive content, and that’s the direction in which ESPN is going. ESPN Films will premiere a new 30 for 30 documentary titled Tommy, about the late boxer Tommy Morrison, exclusively on streaming and on-demand Wednesday, Sept. 13.

The documentary will be available for streaming on the ESPN app and its new “Watch tab,” which is at the bottom right corner of the screen. ESPN wants to put more live and on-demand video on the app, making that content available for fans who may already be using the app to check scores and highlights, along with listening to podcasts. Tommy will also be available on-demand through set top boxes and over-the-top devices. Additionally, ESPN is encouraging fans to use the hashtag #Tommy to discuss the film on Facebook, Twitter and Instagram.

“You know me from Rocky V, but in real life, I’m Tommy Morrison.”

What if I told you… #Tommy debuts Sept. 13th. https://t.co/HYXsQQNOah pic.twitter.com/Y9TyR8VX6z

Those who prefer to watch their sports documentaries on traditional TV will get to see Tommy when it premieres on ESPN2 Wednesday, Sept. 27 at 8 p.m. ET. The film will also be available for cable On Demand services after its broadcast TV debut.

Tommy is co-directed by Gentry Kirby and Erin Leyden, who helmed the 30 for 30 film, This Magic Moment. The two have also been producers on several films in the 30 for 30 series, including One and Not Done, Believeland, The Gospel According to Mac, The ’85 Bears and Fantastic Lies. (Leyden was also a producer on O.J.: Made in America.)

Morrison was a renowned heavyweight fighter who gained notoriety for his role in Rocky V. He eventually defeated George Foreman for the WBO heavyweight championship. However, Morrison’s career was derailed when he tested positive for HIV in 1996, forcing him to retire at the age of 27. Having a promising boxing career cut so short led to drug problems, prison, and an attempt to deny that he had HIV. (His wife repeated those denials.) Morrison died in 2013.

“Although testing positive for HIV was a big part of Tommy’s life, we did not set out for this to be an HIV story,” Kirby said in the official ESPN press release. “Tommy is more of a personal, intimate look into how a person’s upbringing can affect their ability to handle everything that life throws at them.”

Tommy premieres on the ESPN app and on-demand services Sept. 13, and will make its broadcast premiere on ESPN2 Sept. 27.