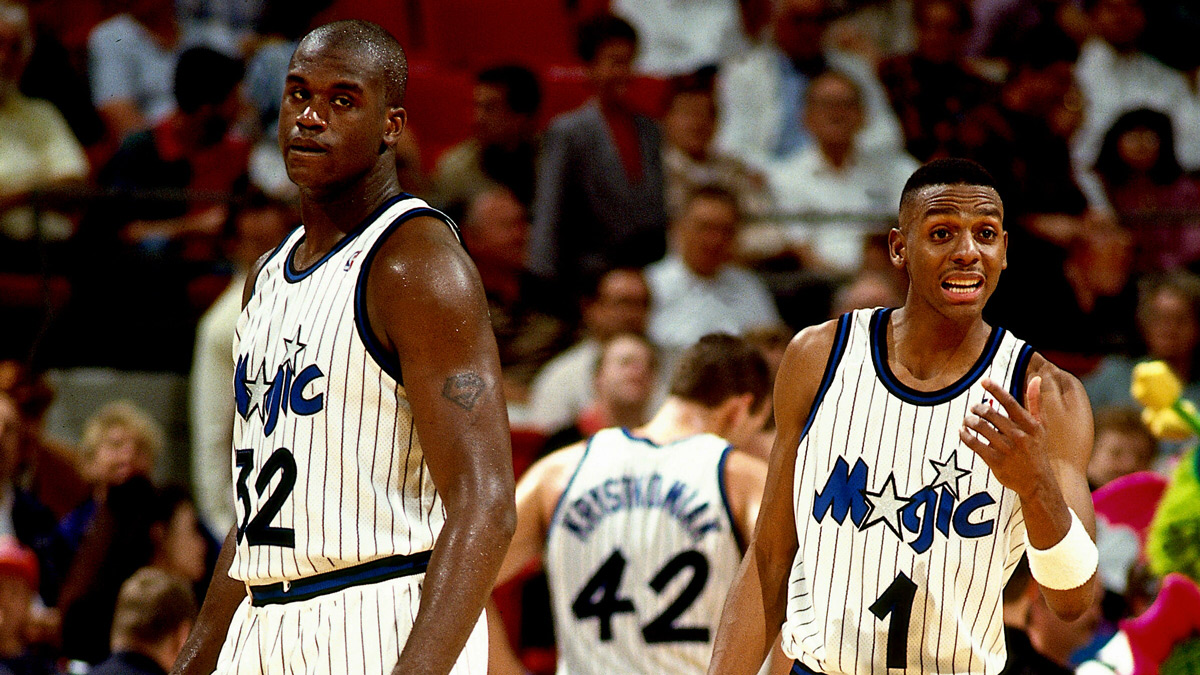 Review –  ESPN’s upcoming This Magic Moment continues several interesting new trends for the 30 For 30 series. Most noteworthy is that it continues the longer two-hour run times on films that center around one specific team, following The Four Falls of Buffalo, The ’85 Bears, and Fantastic Lies in recent months. Another interesting trend is for the first time since 2010 (during 30 For 30‘s ESPN debut year), ESPN will have new installments every month spanning from February to June with Believeland and OJ: Made in America debuting in May and June, respectively. Both are generally positive trends as we’re seeing ESPN investing on regionally focused longform, as well as more seasonally balanced output.

As for This Magic Moment, I found myself challenged in trying to diagnose where it fell short as nothing really stood out and its subject matter checked most of the boxes that I like for these films. (It takes place in the 80s or 90s, involves high-profile teams or personalities, had involvement of key individuals involved, and gives added context to noteworthy events that have faded in my memory.)

This Magic Moment sits right in the middle of my rankings with not much standing out as really exceptional, nor was anything noticeably subpar. I imagine given the warm feelings we have for the NBA in the 90s, it may rate better with a broader audience. Before jumping into what I decided the film was lacking after some considerable reflection, a few more positive notes:

** I thought the length of the film was going to be problematic given the Orlando Magic’s abortive dynasty was short-lived. That said, it follows a pretty tight structure of 1/3 the unexpected building of the dynasty, 1/3 the championship contending years, and 1/3 the demise of the franchise. I do think there were narratives and points in time which either got too much focus or not enough. But as a whole, Leyden and Kirby did a pretty good job filling the elongated run time.

** A large majority of the famed Magic teams from the mid-90s participated in the film, including Shaquille O’Neal, Penny Hardaway, and Nick Anderson. It was nice to see Ahmad Rashad as well.

** The tone of the film is right on being a reflective sigh and “What could have been?” although never really specifically signaled out a key individual to the Magic’s demise.

I had to chew on this one for awhile because it certainly fell in the middle of the road in terms of 30 For 30‘s, yet I couldn’t really explain why until I settled on this after quite a bit of thought:

This Magic Moment really suffers from being too polite and not introspective enough of the personalities and events the film covers. A large chunk of that stems from there being a lack of outspoken third parties to really provide sufficient context, background, or alternative point of views on the rise and the fall of the Magic. It’s like a Wikipedia article where it never goes deep enough on some of the more messy things, but rather acknowledges them and moves on quickly often through clever editing.

I found myself frustrated by this because it’s not like the Magic were this explosive powder keg of controversy. I mean, we’re doing seven-plus hours on O.J. in a few months and just did two hours on the Duke Lacrosse scandal. It seemed like those participating were very careful not to besmirch anyone’s legacy rather than opening up about some of the more complex moments the Magic experienced in that era.

It was a whole lot of Nick Anderson’s missed free throws were crucial but it wasn’t really his fault, nor was Shaq’s immaturity, or the meddling of agents and sponsors, nor the Magic’s lack of leadership or experience in handling the team. Stuff just happened and we’ll briefly mention it and give you a few short, courteous quotes, but we got to keep moving here and can’t get bogged down with anything too complicated or messy to explain. If you took the five or so juicier points in time during the rise and fall of the Magic, yes, the film covers them but to some degree, those moments are retold in somewhat of an accelerated pace (even the positive ones). This Magic Moment seems to be interested in spending more time retelling the less complex and memorable happenings, rather than the messier ones we all remember.

It’s not just that some of these things are somewhat rushed through, but the context doesn’t seem right. There isn’t a Bill Simmons, Chuck Klosterman, Michael Wilbon, or anyone else to really put certain individuals or moments under a microscope. Basically, the balance of participants tilts more towards people involved with the team or covering the team at a local level and we really don’t get proper guidance or context breaking down various events and narratives. Things are conveniently downplayed to not seem as monumental as they really were.

Despite my concern that two hours was probably a bit of a long run time, I found myself several times over being like George Costanza wanting to back things up, thinking we were rushing through something that deserved much more focus and conversation.

The Magic’s trade for Hardaway, Anderson’s missed free throws, and the firing of coach Brian Hill are just all kind of told at face value without much insight; the missed free throws being the most shocking given how memorable and pivotal that was.

The film also shies away from some of the pop culture fun that was a huge part of the appeal of the Magic. Shaq rapping, Blue Chips, Kazaam, Little Penny, Shaq’s Reebok dis at Little Penny. I feel like Bill Simmons could do like a two-hour podcast on these items and it would be a hoot, yet in the film all of these things combined get like 3-4 minutes in total. I don’t even know if the word Kazaam is mentioned in the film and that’s crazy. CRAZY!!

I think a large part of 30 For 30‘s DNA is that usually a lot of these films have their own version of “Times were crazy back then in the ___. We had ___ going on, and people were really into ____ and it was just a crazy time and ____ really was a reflection of the times.”

But in this retelling of the Orlando Magic, we really don’t get much of that broader perspective, that the 90s were a boom time for the NBA, the league was looking to anoint Jordan’s heir apparent, basketball players were suddenly marketing icons on the heels of Jordan’s star power, and the rise of hip hop culture and cable TV were opening up doors for athletes to crossover into pop culture more than ever before. Look how that easy that was! Basically, someone just needed to say something like that in the film with a montage of Space Jam, Yo! MTV Raps, Bill Clinton playing a saxophone, and maybe some young people using AIM, and boom — viewers’ 90s nostalgia endorphins are released, providing a tremendous high for the rest of the film.

I’ve gone on a bit here and probably a bit unfairly to the film and the filmmakers. There are plenty of 30 For 30s that aren’t as good as This Magic Moment, as it’s by no means a bad documentary. With that said, I feel like in terms of the more recent installments, it’s probably one of the few that fell noticeably short of the concept’s potential and my critical review is more of a tip of the hat toward ESPN being on a pretty consistent upswing from 2015 onward and this installment just fell short of that standard, IMO. Regardless, I’m sure Magic fans, as well as those who have warm nostalgic feelings for the NBA in the 90s, will enjoy this film. But I suspect many will have similar feelings of wanting/expecting more.