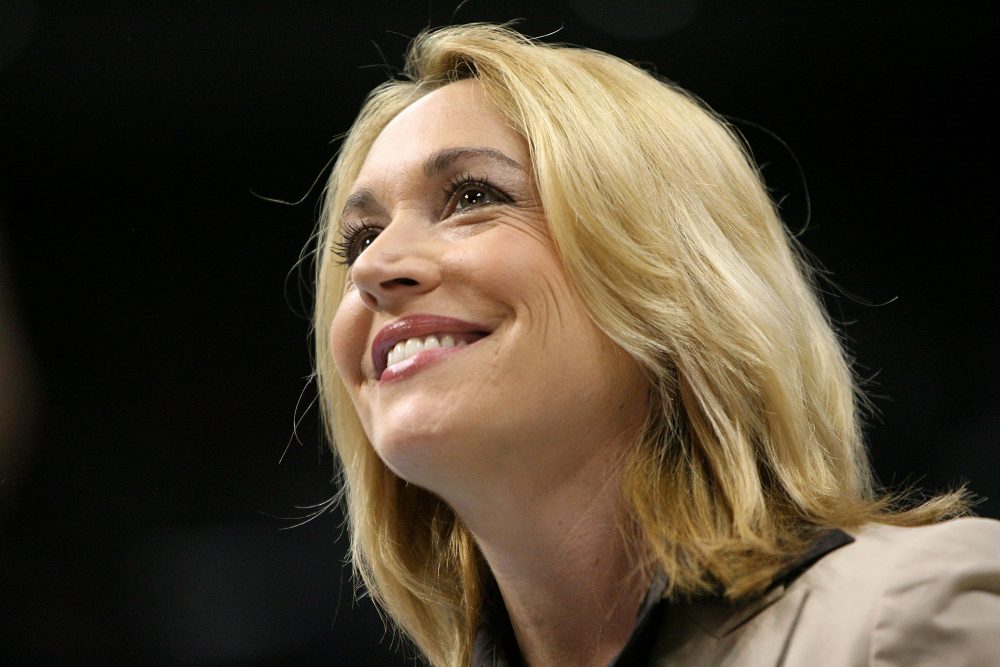 It turns out that this year’s Women’s Final Four (which featured her great stoic reaction to Morgan William’s buzzer-beater against UConn) was the last women’s basketball ESPN’s Doris Burke is planning to call, at least for the near future. Burke wrote a piece for ESPN Front Row Monday looking back at her time covering the tournament, and it started with this editor’s note about the news:

EDITOR’S NOTE: ESPN analyst Doris Burke, a former women’s college basketball player at Providence College, has been a notable face in the game for over three decades. The conclusion of the Women’s Final Four in Dallas last night marked Burke’s final women’s college basketball game for the network. She has been a part of the Women’s Final Four in various capacities over the years, working for Westwood One Radio (2001 and 2002), as an ESPN sideline reporter (2003-05) and her current role as a game analyst (2006-2017). While she will continue her work on ESPN’s NBA and men’s college basketball coverage, Burke wanted to thank those that have made the game so special to her.

Burke’s piece includes lots of interesting memories and shoutouts, but it’s the news about her moving away from women’s basketball that’s particularly notable here. There’s some logic to this; it’s quite difficult for an analyst to intensely follow two different levels of a sport, much less three or four, so allowing Burke to focus more on the NBA and men’s college basketball may make some sense for her. However, this does mean that one of the most prominent voices in the women’s game isn’t going to be calling it any more, and that may add more fuel to the fire for critics who have accused ESPN of giving second-tier treatment to women’s basketball.

Could this work out for everyone involved? Sure. Others may step up to fill Burke’s shoes and give women’s basketball the coverage it deserves, and it may be easier for her to work solely on men’s games (especially now that she’s expanded her role as a game analyst this season). It also seems positive that ESPN wants to expand her work on men’s basketball, further proof they believe women can succeed as analysts in the men’s game; that matters not just for Burke, but for a lot of other current and aspiring analysts. Burke has done an impressive job in all of her work on men’s and women’s basketball and is admired by everyone from Drake on down, and it seems likely she’ll continue doing that in this new role. Hopefully ESPN will be able to find a capable replacement for her on the women’s side, though.