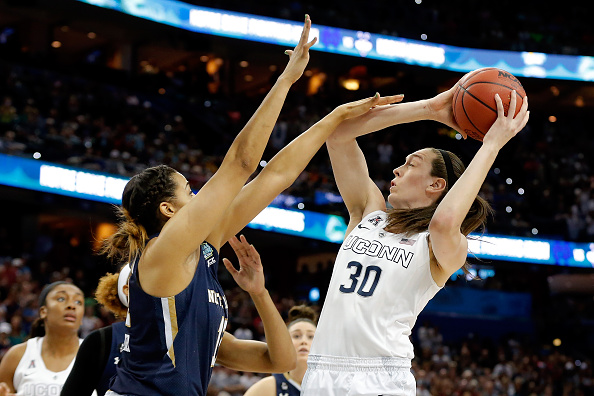 ESPN (and other sports networks) have been broadcasting more and more sporting contests from the studio rather than sending announcers to game sites.  This has become an increasingly popular trend for the networks to save every penny they can while the price of poker goes up, up, and up thanks to soaring rights fees.  While this has traditionally been done with international soccer over the years, we’ve seen it happen with much more frequency for college basketball and college football recently.

That isn’t slowing down and now ESPN is doing it for select games for their most important franchise yet – the NCAA Women’s Basketball Championship Tournament.  The AP reports that broadcasters will not travel to games hosted at Maryland or Mississippi State for the opening two rounds:

The commentators will not be on site for the first- and second-round games hosted by Maryland and Mississippi State on Friday through Monday, the network confirmed to The Associated Press on Thursday.

ESPN has been using remote productions more often in the last couple of seasons, as it has also been broadcasting more men’s and women’s college basketball games overall across its networks. Of a record 3,200 games during the regular season, more than 90 – about 3 percent – were called remotely, and they were generally lower-profile matchups.

This is the first time ESPN has done so for the tournament, when nearly 10 percent of the 63 games will be handled remotely. The 48 matchups in the first two rounds are televised regionally.

”We have produced hundreds of events from various men’s and women’s sports using remotely integrating productions and it continues to be a seamless experience for fans,” Tina Thornton, a senior vice president of production who oversees the women’s tournament for ESPN, said in a statement. ”The combination of the uniqueness of having 16 different sites and continued advances in technology provides us with an opportunity for the highest quality telecasts and allows us to devote even more resources to this elite, significant event for ESPN.”

This is disappointing to say the least, especially for fans of those teams or fans of the women’s game.

While the networks might want to believe that having announcers call games remotely doesn’t decrease the quality of the broadcast, it can’t be further from the truth.  Any time announcers call one of these major college basketball or football games from the studio, it has a negative effect on the viewing experience for the fans at home.  The disconnect between broadcasters and stadium of sometimes thousands of miles can easily be discernible by even the most casual sports fans.

Perhaps more importantly, it sends the message that the NCAA Women’s Tournament is no longer important enough to have broadcasters at all the game sites for the opening rounds and that it’s an event where ESPN can cut costs.

Here’s the question that really matters when it comes to this decision – do you think ESPN would do the same thing if it had coverage of the men’s tournament?