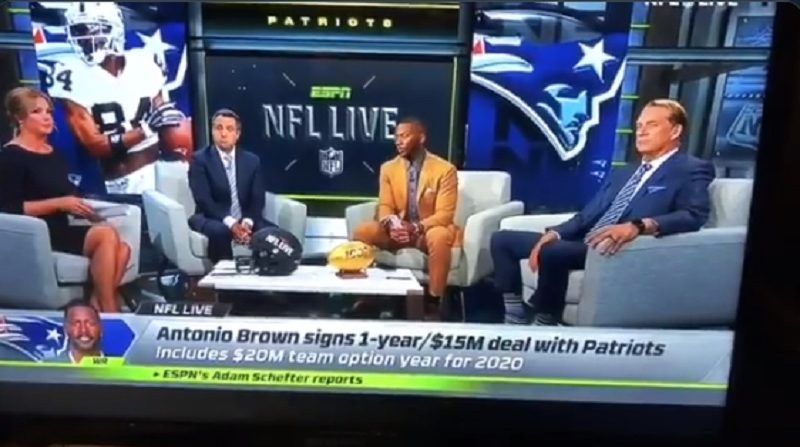 DirecTV is taking its impending carriage dispute with ESPN to the next level of petty.

Whenever the Bottom Line mentions the carriage dispute, DirecTV is simply covering the entire Bottom Line with a black box.

Check out the video.

.@DIRECTV blacks out ESPN2’s Bottom Line for over two minutes regarding the potential AT&T/Disney carriage dispute warning about a possible blackout later this week. pic.twitter.com/IZiAdYCPhJ

And here’s a clip of what non-DirecTV subscribers saw, complete with…well, the Bottom Line as normal.

This is not the first time that DirecTV has engaged in this sort of behavior. Here’s what happened back in March when a carriage dispute with Viacom was brewing.

The Viacom warning comes on for a few seconds before DirecTV blacks it out leaving a black box on the screen. pic.twitter.com/nEm6Ji4OO8

This one is probably only going to get more heated in the coming days.