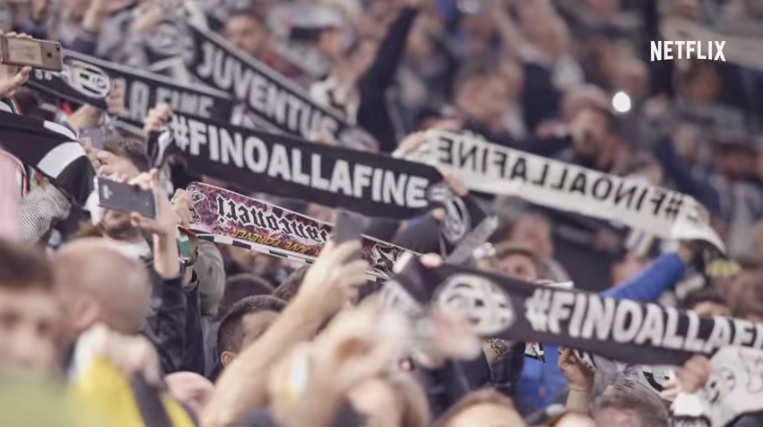 Once upon a time, ESPN was the home for soccer coverage in the United States. The network had the rights to the World Cup, Champions League, EPL, USNTs, MLS, and so much more. However, as soccer’s popularity has boomed in the last decade, ESPN has been a victim of their own success. Pretty much every network that televises sports now has an interest in soccer, and ESPN has been outbid on a number of top-level international properties.

NBCSN has earned praise for their stellar EPL coverage over the last several years, making it a weekend staple on cable and broadcast television.

Turner Sports will broadcast the Champions League this year for the first time after winning the rights from Fox, who won them from ESPN.

After losing out on these rights over the years, ESPN has been left with a thinner portfolio than they once had. Even though Bristol still broadcasts a lot of soccer and maintains a commitment to the sport, the proliferation of competition has made it much more difficult to own the space. But this week, ESPN made a move back into the international soccer lexicon by partnering with a new league to broadcast matches each week.

Starting this year, ESPN will broadcast Italy’s Serie A. While most of the games will feature on ESPN+, a Match of the Week will appear on ESPN or ESPN2. It’s a huge deal for Serie A, who will see the league get more regular exposure on US airwaves than ever before. It’s now the third major league that will see regular coverage on a major cable sports outlet along with NBCSN/EPL and Fox/Bundesliga. Of the Big Five European leagues, Spain’s La Liga and France’s Ligue 1 remain with beIN Sports, which doesn’t quite have the reach of the other networks.

With the new Serie A deal, the central question is whether the ESPN promotional machine enough to have Serie A compete with NBC’s EPL coverage on a regular basis?

It has to be more than coincidental that the timing of the agreement aligns with one of the two biggest soccer stars in the world, Cristiano Ronaldo, transferring from Real Madrid to Juventus, who have won the Serie A in each of the seven seasons. In the company’s latest earnings call, Disney chief Bob Iger even gave Ronaldo a shoutout when talking about the company’s acquisition of Serie A rights. Iger mentioned Serie A mostly from the perspective of building up the content on the ESPN+ streaming service.

“Boxing is probably the primary example, but there has been other good programming as well… We’ve got a huge lineup of college football—200 games this coming season, 70 in the first three weeks—UFC kicks in, and today we announced the inclusion of the very attractive Italian soccer league Serie A, Cristiano Ronaldo’s first match with his new team will be on ESPN+, which is exciting… So we feel really good about how we’re positioned, and we’ll continue to look opportunistically in terms of what rights will be available.”

Tampering expectations and focusing on ESPN+ is probably the right way to go because to expect Ronaldo to carry Serie A to national relevance immediately might be asking a bit too much. In other words, it’s unlikely that Golic & Wingo are going to be breaking down the Milan Derby between AC Milan and Inter.

The reasons for the EPL’s standing at the top of the international soccer heap for American television are many. It’s had a much longer regular presence on American airwaves than other domestic international leagues. It carries worldwide brand recognition with the likes of Liverpool, Manchester United, Arsenal, Chelsea, Manchester City, Tottenham, and others. The EPL features many of the biggest stars in the world and a much more competitive league than Spain (where Barcelona and Real Madrid are dominant) or Germany (where it’s probably better than even money every year that Bayern Munich will win the title) or perhaps now even Italy with Juventus’ recent dominance. And it’s impossible to ignore the impact and reliability with the English language and culture that provides a pathway for fans to get involved.

With the Italian league, that becomes much more difficult for ESPN to try to build interest. Sure, Ronaldo can be a selling point for Juventus games, but what can ESPN really do to draw an audience for their Roma-Torino season opener?

Serie A does have its fair share of compelling teams and storylines, of course. Last season Napoli finished within 4 points of Juventus and Roma made the Champions League seminfinal after a miracle comeback against Barcelona. Then there’s the two Milan powerhouses which have been sleeping giants for way too long.

A more realistic target for ESPN may be competing with Fox’s Bundesliga coverage. Although detailed recent viewership data isn’t readily available, in 2016 it reached about one-third of NBC’s EPL coverage. Given ESPN is still way ahead of FS1 in terms of awareness and reach, Bristol should have the advantage there. Although it would be fascinating to watch if Ronaldo and Juve give a bump to their overall metrics that’s more or less than say a Borussia Dortmund telecast on FS1 with Pulisic.

If ESPN can reach 200k or 250k per game window, it should be seen as a relative success in this first year of coverage. It wouldn’t lead them to EPL levels of viewership, but it would at least give ESPN a consistent foothold back in global soccer where their presence has certainly been missed.