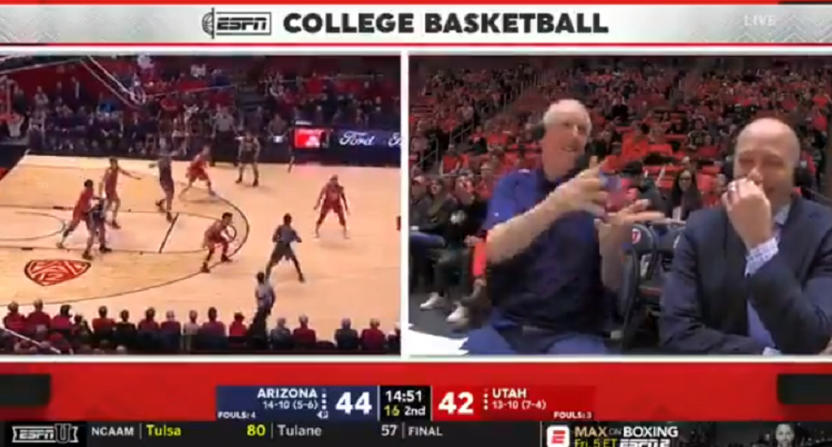 During Thursday night’s Arizona-Utah game hidden on ESPNU, Bill Walton opened up about being in a very dark place in his life 10 years ago.

Walton said that 10 years ago his life “was not worth living,” that he was “at the bottom,” that he “had nothing,” and that he was “going to kill [him]self.”

“Ten years ago last week, February 8th, my life was not worth living. I had nothing. At the bottom. I was going to kill myself.”

Well, Walton immediately transitioned into a delightful mood, saying that he now has “everything, including all of the chocolates.” And then he rubbed the chocolates all over his face, before tossing them at Dave Pasch’s face.

An incredible 23 seconds of television.

We’re very thankful that Walton overcame his demons and can bring his unmatched high jinks to the ESPN college basketball broadcasts regularly. We’re also thankful that Pasch is always such a good sport about it.