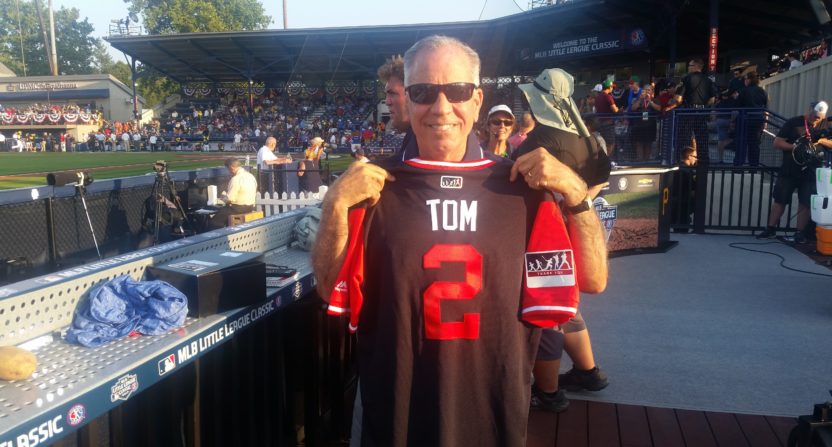 It was a unique and exhausting Sunday for the baseball group at ESPN, who worked Little League World Series games during the day before Sunday Night Baseball took over Williamsport, P.A. for the first ever Little League Classic between the Pirates and Cardinals.

From the first pitch of the first televised Little League game at 10 a.m. eastern to the conclusion of the major league game at 10:06 eastern, baseball played by boys and men of all ages was televised and celebrated across the network. ESPN provided Awful Announcing with photos and videos behind the scenes, giving the readers a glimpse of what went into a marathon day.

ESPN analyst Jessica Mendoza was the analyst for two games on the day, a Little League game at 1 p.m. and the 7 p.m. Sunday night game. But her day started with a spot on Good Morning America at 7:30 a.m. 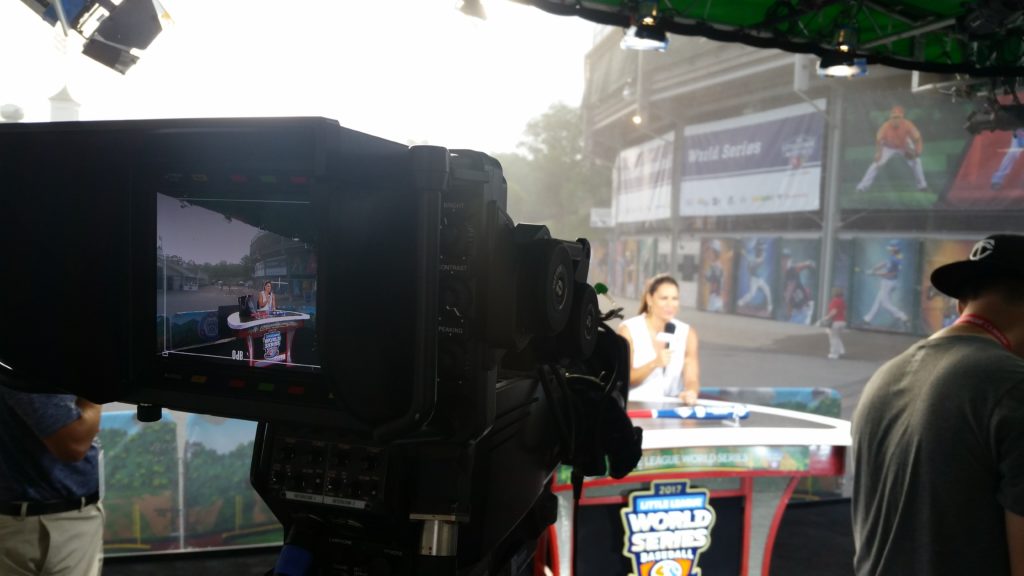 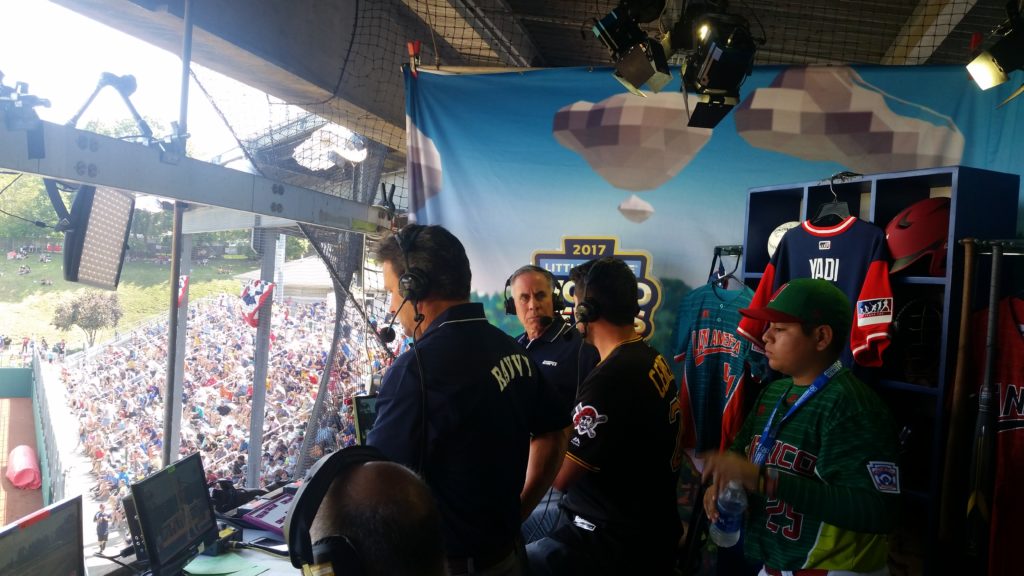 Dave Flemming, Kyle Peterson, and Julie Foudy were on duty for the 11 a.m. game. Flemming and Peterson are seen here calling the action. 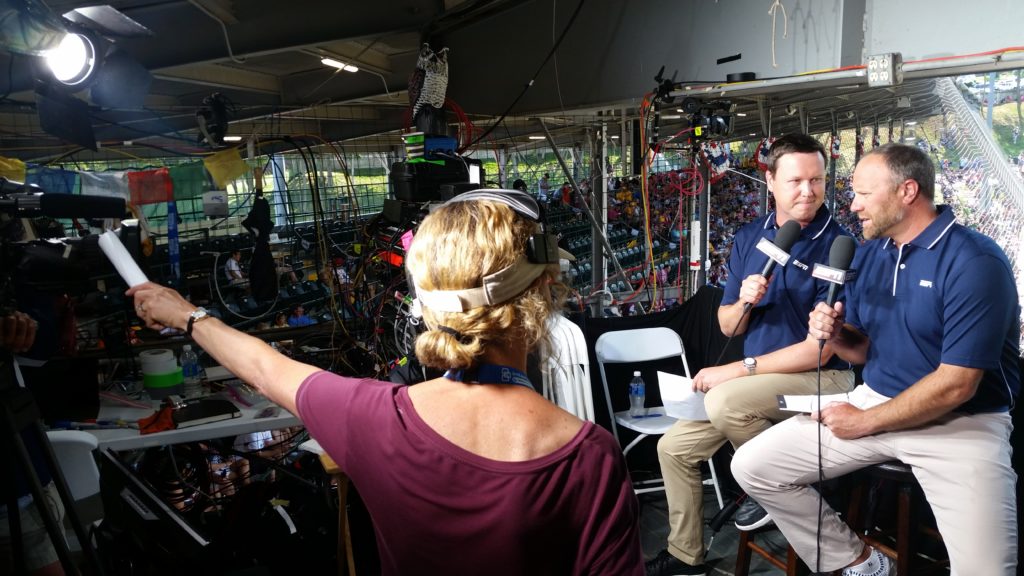 And here’s Foudy watching the game with a bunch of Pirates players. 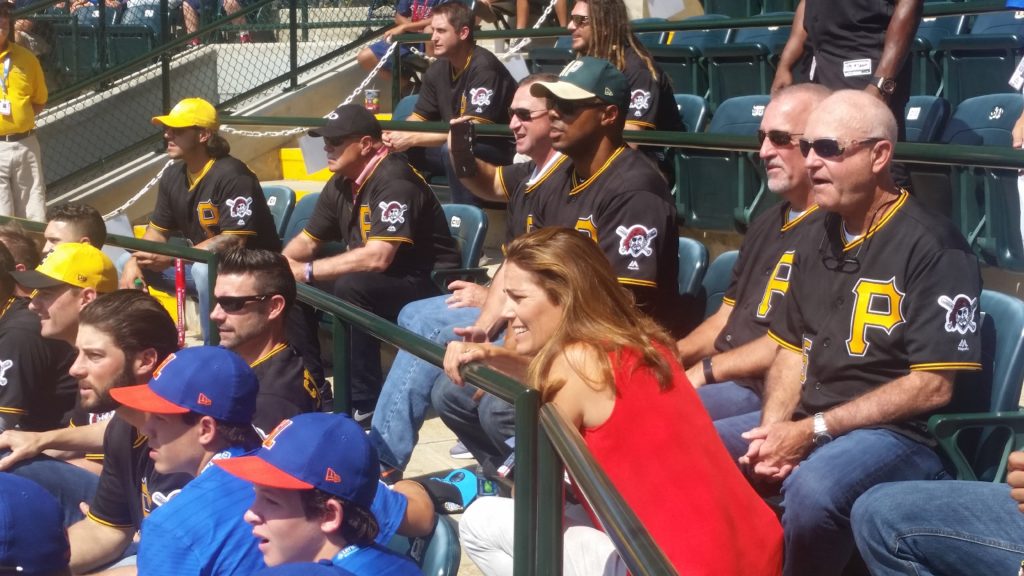 The 1 p.m. Junior League international game between Pennsylvania and Chinese Taipei featured Jack Regenye’s unbelievable catch over the fence to rob a home run. During that contest, Ravech, Aaron Boone, and Mendoza got a visit from Cardinals outfielder Dexter Fowler. 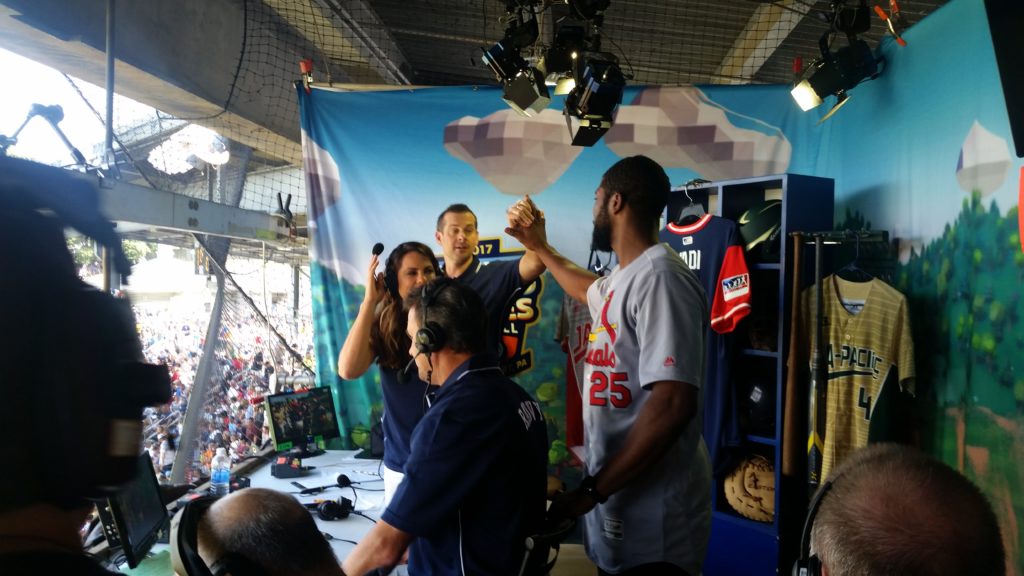 These Little League games attract families and baseball fans from around the world, converging in one place of the course of a couple of weeks. Just look at all the fans parked on the grassy hills beyond the outfield walls. 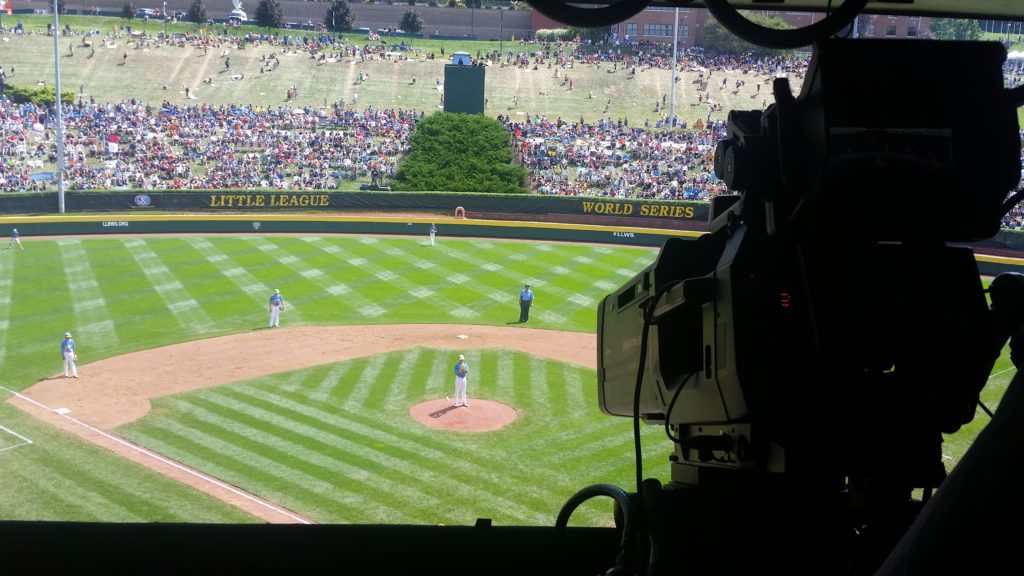 After the Little League games have concluded, it’s on to the big league portion of the day in Williamsport. Two editions of Baseball Tonight were broadcast on site, followed by the St. Louis-Pittsburgh game. Ravech (front seat), Mendoza, Kurkjian and Boone took a quick car trip to Bowman Field for the evening portion of the proceedings. 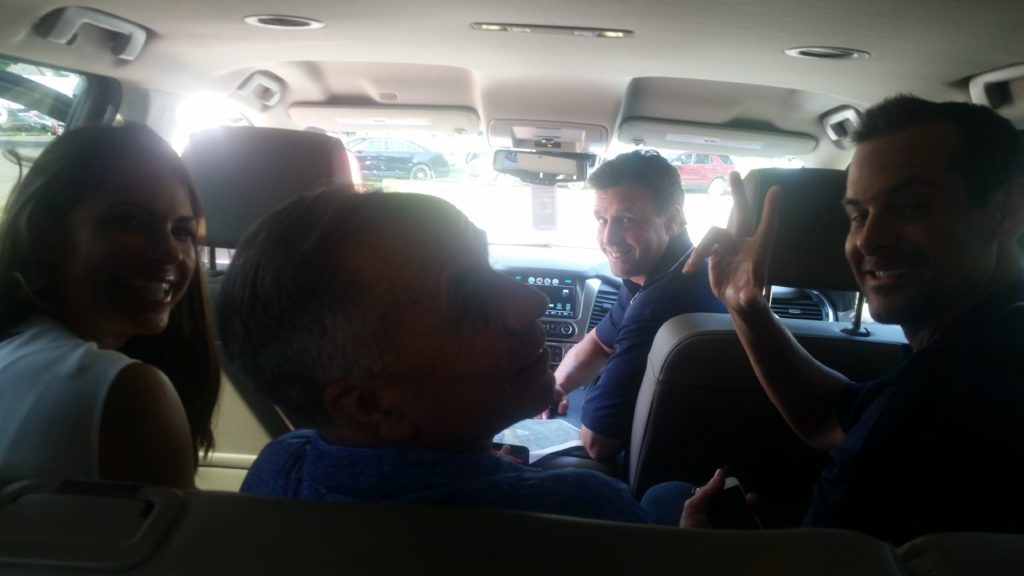 Adnan Virk, David Ross, Karl Ravech, and Tim Kurkjian were on the 4 p.m. edition of Baseball Tonight, and were joined by a Canadian LLWS team and Cardinals third baseman Matt Carpenter. Ravech, Ross, and Kurkjian also hosted the 6 p.m. BBTN. 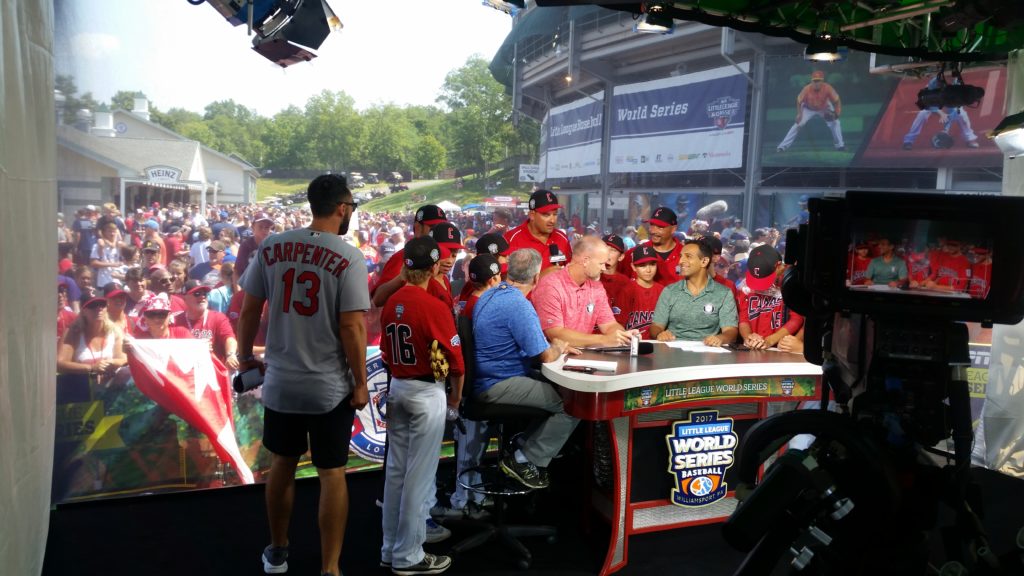 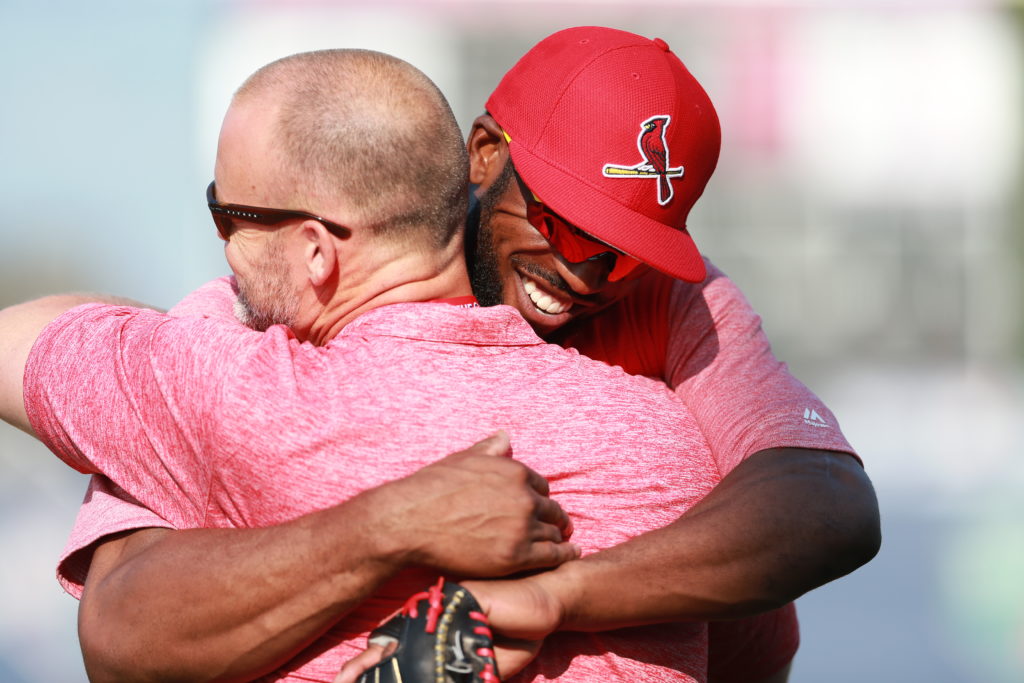 Here’s Dan Shulman waiting for Mendoza and Boone to walk up to the booth to call the game. 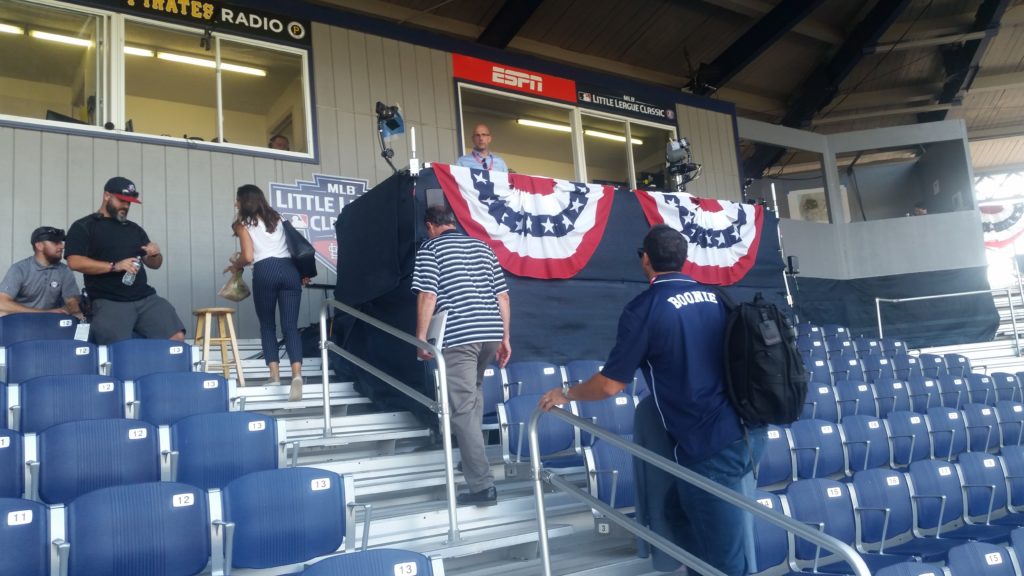 The Cardinals and Pirates wore their nickname uniforms for the game, and every team will be wearing them across Major League Baseball next weekend. Some of the ESPN broadcasters got their own nickname jerseys. Kurkjian’s nickname is “Tom,” which he explained in this video. 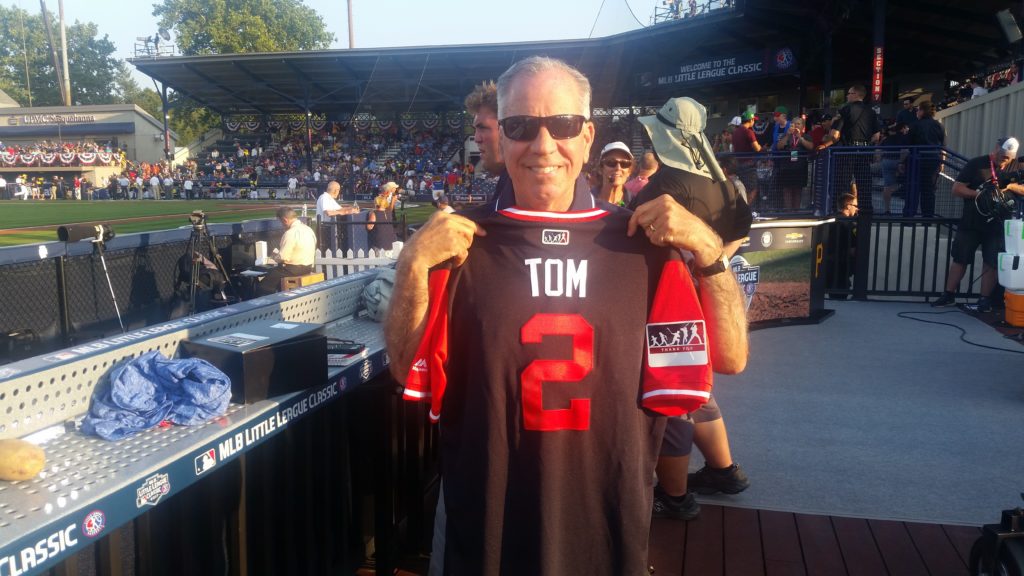 And here are “Shully,” “Dozer” and “Boonie” calling the action from Bowman Field. 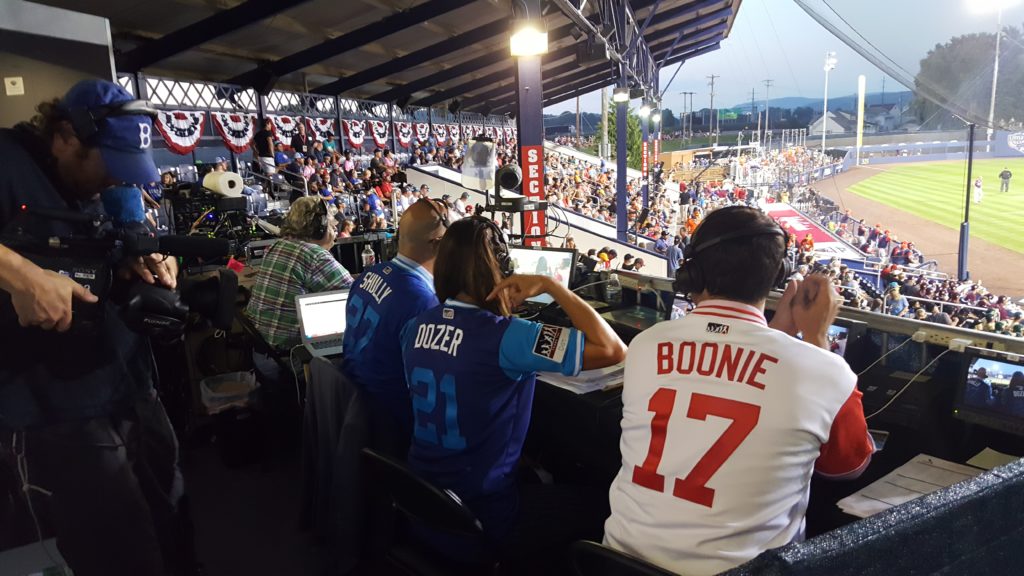 And finally, the trio got a visit from MLB Commissioner Rob Manfred during the telecast. 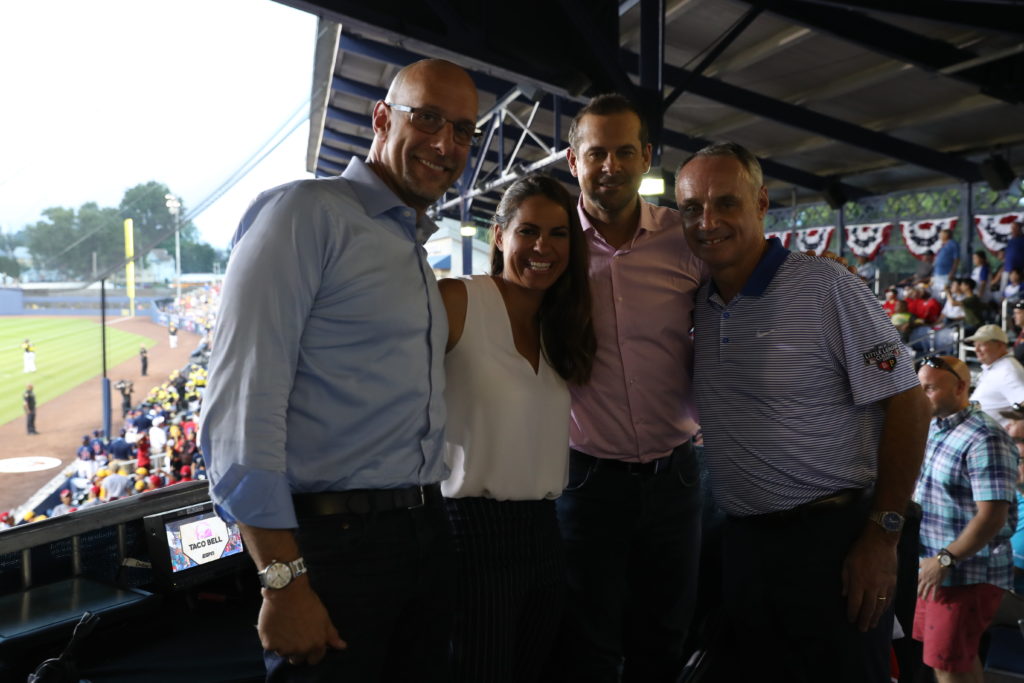