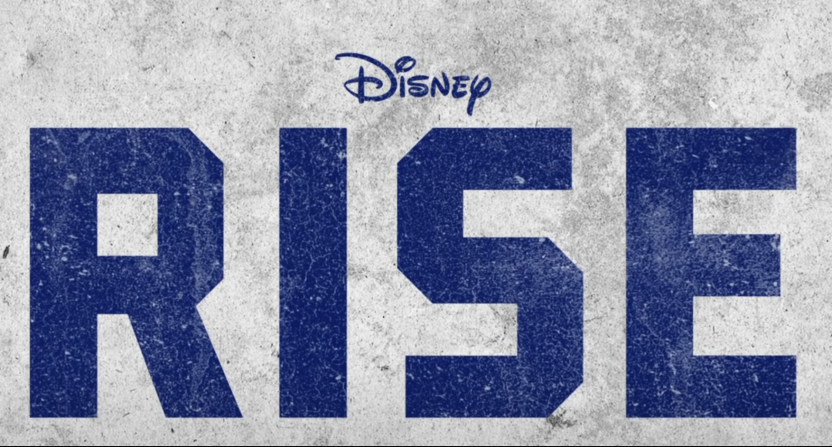 The Giannis Antetokounmpo story is certainly worthy of a movie. It’s already been made into a book.

Giannis: The Improbable Rise of an NBA MVP by Mirin Fader is a New York Times bestseller. So, it’s no surprise that Disney got into the game.

Rise tells the origin narrative of the Antetokounmpo brothers, the children of undocumented Nigerian immigrants in Greece. Their journey is unprecedented. Giannis, Thanasis, and Kostas are the first trio of siblings to be NBA champions. Giannis and Thanasis are teammates with the Milwaukee Bucks, who won it all in 2021, and Kostas was a member of the 2020 champion L.A. Lakers.

The most famous brother, of course, is the 6-foot-11 Giannis Antetokounmpo, a.k.a. the “Greek Freak.” One of the challenges with doing a sports biopic on a 27-year-old is that he is still in his prime. The Giannis Antetokounmpo story is still being written. He’s won an NBA title, is a two-time regular-season MVP, a Finals MVP, and a defensive player of the year. But there’s a lot more he can accomplish.

Rise focuses on how Antetokounmpo got to the NBA. The runtime is 1 hour 53 minutes, and 85 minutes of the film takes place in Greece where he and his brothers were born. Their parents fled Nigeria in search of a better life. However, they entered the country illegally which meant the family lived in constant fear of deportation.

If you’re an immigrant or a child of immigrants, this part of the Antetokounmpo story rings familiar. If you’re not, you likely have no idea how difficult it can be to assimilate into a country. There are constant hardships, often financially, culturally, and socially. It can be especially difficult to feel welcome in your new home when you routinely encounter nationalist bigots screaming anti-immigration propaganda.

Rise had an opportunity to tap into that fear but doesn’t quite get there. In the movie, the threat of deportation comes across as more of an annoyance than as something terrifying. There’s never really a moment where you truly feel the anxiety that the family should be experiencing. That’s on the director (Akin Omotoso) and screenwriters (Arash Amel), not the actors, who do a credible job. Maybe such moments occurred but were toned down or excluded because this is a Disney+ feature.

The story unfolds the way you expect. The Antetokounmpo brothers, raised on soccer by their father, are intrigued by basketball. They go behind his back to join a youth league. An angry dad resists their involvement initially but agrees to let them play once he sees how much they enjoy it and how good Thanasis (Ral Agada) and Giannis (Uche Agada) are.

At first, it looks like Thanasis is going to be the star but soon his younger brother Giannis surpasses him. While they slowly learn the game, the brothers suffer indignities such as being made fun of for having to share a pair of basketball shoes because they are poor. Also, the Antetokounmpos face racial taunts from opponents.

Ral and Uche Agada are real-life brothers so they have built-in chemistry and the basketball scenes feel real. But there is never an on-the-court moment where we see the pure joy of victory. The closest thing to that is during a tryout when Giannis tries to impress European teams. But the movie curiously focuses on him struggling early, his father leaving because he can’t bear to watch, and then later finding out that Giannis dominated. Strange choice by Omotoso.

Rise’s climax is the trip to New York City for the NBA draft. The movie is at its best in the final 27 minutes when Giannis meets with Nike executives, which is when Uche Agada shines. He’s convincing as he describes the immigrant’s journey by saying, “we are hungrier because we know the meaning of sacrifice.” You wish there were more scenes like this in Rise.

We know how the 2013 NBA draft unfolded so there aren’t any surprises but it’s nicely presented by Omotoso. He includes clips of various analysts and the late NBA commissioner David Stern struggling to pronounce Antetokounmpo’s surname.

It’s amazing to look back at that draft. None of the lottery picks (the first 14 selections) became stars. Anthony Bennett, the top overall pick, is one of the biggest busts of all time. Only two players in the entire draft have been truly impactful (Antetokounmpo to the Bucks at No.15 and Rudy Gobert to the Utah Jazz at No.27).

The Antetokounmpo story is great. He deserved a great movie. However, Rise falls short of that expectation.