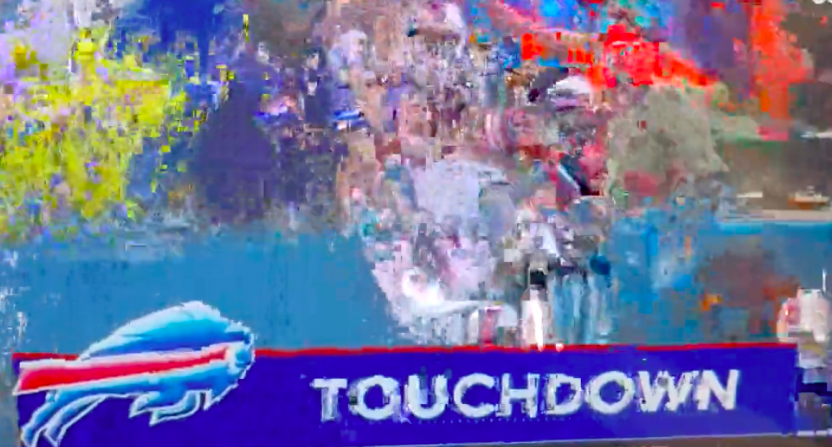 CBS viewers trying to keep track of what was happening in the third quarter of the Buffalo Bills – Houston Texans game on Sunday when the screen either went blue for some or turned into some very fuzzy footage for others.

Turns out, there was a power outage at Highmark Stadium, which caused the CBS crew to scramble and figure out how to get back on the air in a hurry.

CBS lost the audio feed when the power went out in Buffalo. That’s why the studio crew has been calling this game. Or attempting to. https://t.co/a3rXkx6tFc

At the time both the video and audio feeds cut out, Buffalo led Houston 19-0. CBS put the game in commercial and when the feed returned, the graphics were gone. Plus, viewers suddenly heard studio hosts James Brown, Bill Cowher, Boomer Esiason, Phil Simms and Nate Burleson calling the action instead of Beth Mowins and Tiki Barber.

Due to (power outage?) CBS has no graphics and the studio crew calling pbp for Texans-Bills: pic.twitter.com/vm6Q8BBzwq

It seems as though the feed has been restored and Mowins and Barber are once again calling the game.

The good news for a lot of viewers is that it was a chance to not be able to watch the Houston Texans play football. As of the time of this writing, the Bills have extended their lead to 33-0 and the Texans have yet to muster 100 yards of offense on the day.