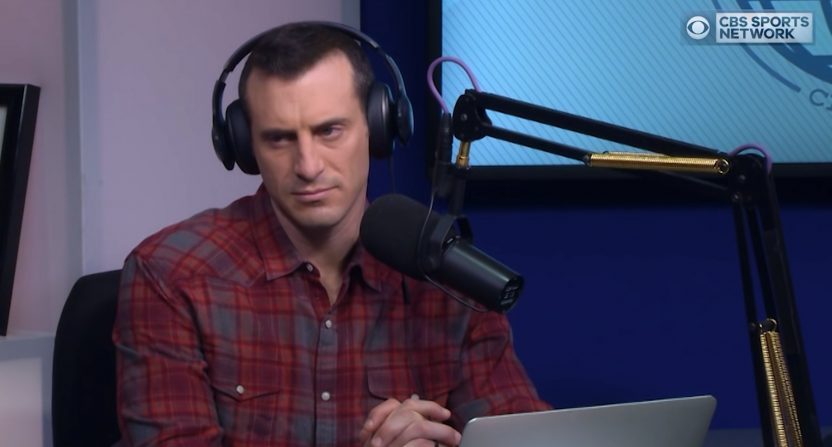 It was reported last month that Doug Gottlieb would be leaving CBS/CBS Sports Radio for a position at Fox Sports which would include a show on FS1 and one on Fox Sports Radio. Well, that has in essence been confirmed by CBS Sports Radio as it has announced a new Monday-Friday lineup with the “Tiki and Tierney” show (Tiki Barber and Brandon Tierney) moving into the daily 3-6 p.m. ET slot that will be left open by Gottlieb.

“Tiki and Tierney” had been occupying the 9 a.m. – noon slot. Replacing them will be Damon Amendolara’s “The DA Show” which had been broadcast from 6 — 10 p.m. ET on weeknights.

In the wake of the new moves, Amendolara, Barber and Tierney have all signed new multi-year contracts to remain with CBS Sports Radio for the foreseeable future.

“Doug Gottlieb has been a trusted and sought-after voice on CBS Sports Radio since our 2013 launch and we wish him nothing but the very best in all his future pursuits.”

In addition to taking the Gottlieb slot, “Tiki and Tierney” will be simulcast on CBS Sports Network just as Gottlieb was.

Spitz added he’s thrilled to have “The DA Show” and “Tiki and Tierney” in new timeslots and firmly in place:

“Airing in new dayparts, these already popular shows will be introduced to scores of new listeners while undoubtedly continuing to serve their current audiences. The addition of a live simulcast of ‘Tiki and Tierney’ solidifies their popularity and relevance in today’s competitive sports arena.”

Here’s the schedule that will take effect on Monday, April 17. All times are Eastern:

As you can see, CBS Sports Radio still has an opening from 6 — 10 p.m. Perhaps that will be filled in-house or by someone else. But as for the original reports about Gottlieb leaving for another network, CBS’ announcement confirms his departure.