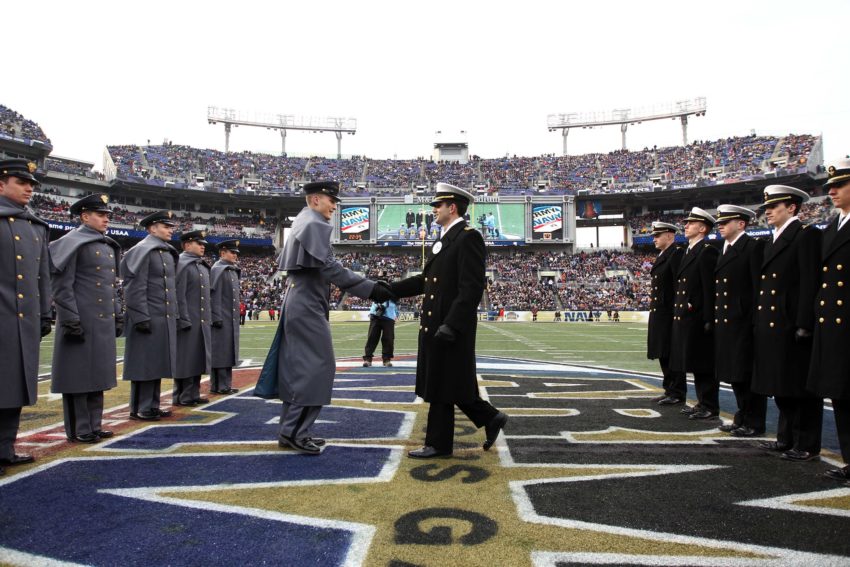 For the next 11 years, CBS will continue to broadcast the matchup between the Army and Navy football teams, play annually on the second Saturday in December.

CBS announced Thursday it had reached an agreement with the two academies to continue televising the rivalry game through 2028. Army-Navy has drawn nice ratings for CBS, which chose in 2009 to schedule the matchup to a week after all other college football action so it would be the day’s only game.

“Army-Navy is more than a game, and it’s an honor to continue broadcasting this epic annual event,” CBS Sports chairman Sean McManus said in a statement. “Moving the game in 2009 allowed us to further shine a spotlight on Army-Navy, as we tell the compelling stories on and off the field of the young people at the Service Academies. Army-Navy is a cornerstone of our college football programming and we could not be more proud to continue this relationship.”

CBS’ agreement with Army and Navy begins in 2019 and gives the network rights to the game across platforms, including on its live-streaming service. CBS will also continue to broadcast the annual Army-Navy basketball game.

The Army-Navy rivalry offers a pleasant mix of old-school nostalgia—harkening back to when Army and Navy were national powers—and 21st-century extravagance, with all the pomp that comes with national TV cameras.

And for whatever reason, the annual Army-Navy game appears more popular than ever. Ratings for the game have improved for several years in a row, and in 2016 it drew its highest rating in 22 years. The Army-Navy allure clearly hasn’t gone away, and CBS will seek to capitalize on it for a long, long time.