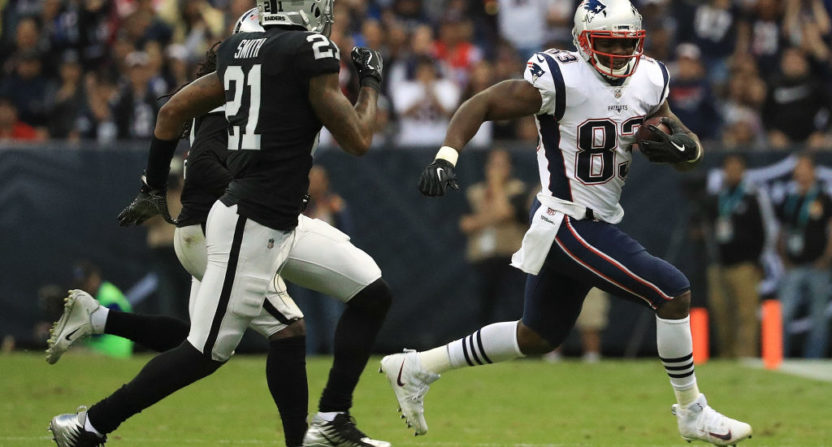 Fans at the New England Patriots-Oakland Raiders game in Mexico City chanted gay slurs during kicks made by the Pats, but viewers at home for the most part did not hear them. According to OutSports, CBS used crowd noise to drown out the slurs on most occasions, but they were heard during one kick.

As the Raiders were the “home” team at Estadio Azteca in Mexico City, fans yelled the slur whenever the Patriots kicked off or punted. It’s a strategy done during soccer games involving the Mexican soccer team.

Last year, the slur “puto” was heard clearly during ESPN’s telecast of the Houston Texans-Raiders and apparently caught the network by surprise. The slur is heard during Mexican international soccer matches and it had reached the point where national team officials had appealed to fans not to use it. FIFA has fined the team over the chants, but fans continue to yell the slur.

Thus CBS and the NFL were both aware of the issue and took action. CBS using crowd noise from the production truck while the league made public address announcements during the game. However, it’s known that making PA announcements only dares the crowd even more to chant the slurs.

The slur has been part of a widespread problem of homophobia and anti-Semitism at soccer games both in Mexico and Europe. There have been attempts to curb the troubling behavior, but so far they continue.

CBS at least made sure fans could not hear the gay slurs on Sunday.