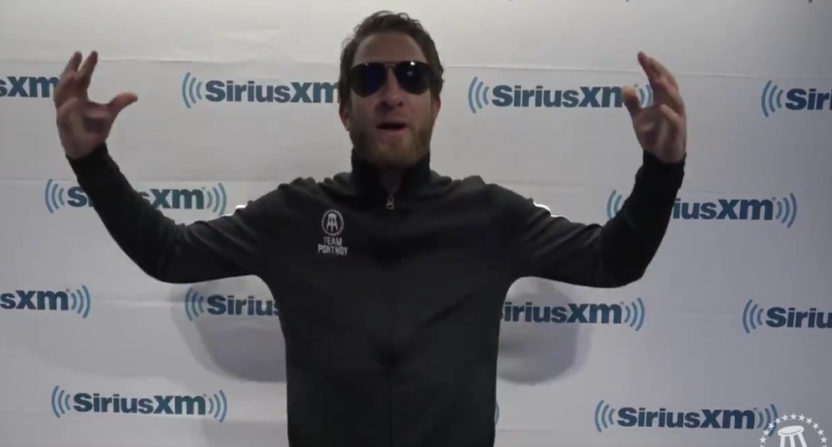 Barstool Sports is expanding its satellite radio deal with Sirius XM. The company previously had a daily show from noon to 2 p.m. Eastern on Sirius XM Rush, which began in January, and now it’s getting its own channel as of January 15. Todd Spangler has more details at Variety:

Barstool Sports is taking over channel 93 on SiriusXM beginning Jan. 15, 2018. The 24-hour channel will exclusively air Barstool content, bringing the website’s notorious satire and commentary to subscribers on satellite radio and the SiriusXM app nationwide.

The launch comes one year after SiriusXM brought Barstool on board for “Barstool Radio,” a daily two-hour radio show that premiered in January 2017 and airs 12-2 p.m. ET on channel 93. A SiriusXM rep confirmed the deal with Barstool for the full-time channel but didn’t offer additional comment.

…SiriusXM’s channel 93 is currently home to SiriusXM Rush, which in addition to the “Barstool Radio” program includes talk shows on mixed-martial arts, pro wrestling and boxing.

The Barstool Radio channel will continue to air the existing daily “Barstool Radio” show, hosted by Portnoy and personalities Kevin “KFC” Clancy and Caleb Pressley. In addition, the lineup will include a rotation of Barstool’s most popular standing podcasts as well as new shows from ex-NFL player Pat McAfee, former MLB pitcher Dallas Braden and Julie Stewart-Binks, previously an ESPN and Fox Sports reporter who joined Barstool in September.

Emergency Press Conference – Barstool Gets It's Own @SiriusXM Channel pic.twitter.com/dybzGpIuCw

Portnoy went on to talk about how Barstool may try to hire outside radio talent, how he sees this as the next part of the company’s growth, and how this fits in to his stance that the cancellation of their ESPN deal hasn’t hurt Barstool.

“Who’s going to be on it? Don’t worry about it. But actually, worry about it a lot. If you have funny guys at other stations that are floundering, be like, ‘Hey, we want this guy on Barstool.’ I’ll call him up and hire him, because that’s what I do. Everyone’s taking shots at the crown lately, like ‘Oh, is this the end of Barstool, is this the end of Barstool?’ No no no. No no no. This is just the beginning. You don’t tell us what to do, we tell you what to do!”

“You think we’re going down, we’re growing! The moon is within reach! 24/7. Hey, what do you want for Christmas? A little toy, maybe a little toy car, My Little Pony, a Cabbage Patch Doll? I got my own radio station. I can do whatever I want to do with it. If I want to put crap on it, I’ll put crap on it, if I want to make it funny, I’ll make it funny. 24/7 is coming in January, our own channel, whatever we want, whenever we want it. We’re coming for you. And who’s you? Everybody! Music!”