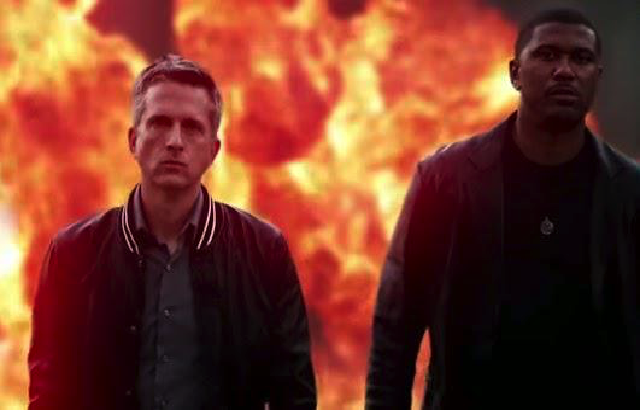 Could the tensions between Bill Simmons and ESPN be lightening up just a bit? Perhaps time has enabled some healing to take place. Or maybe ESPN has seen what Simmons has done since his split from the network, with The Ringer and HBO’s Any Given Wednesday, and realized it’s a big sports landscape and there can be somewhat peaceful coexistence.

Simmons may also have been a bit delirious while trapped in his car before his daughter’s Saturday soccer game, unable to find a parking spot. (Apparently, HBO or The Ringer could not arrange for helicopter transport to and from the game.) With nowhere to go and nothing to do, Simmons decided on a whim to do a Facebook Live Q&A with his followers. Video mailbag!

At the 12:50 mark, a viewer asks Simmons why Jalen Rose hasn’t yet made an appearance on Any Given Wednesday, and if ESPN was deliberately preventing him from a TV reunion with his former Grantland cohort. You can see the video here, though for some reason, the embed cuts off the bottom half of Simmons’ face. So if you don’t want to just look at Simmons’ forehead (and Auburn cap) while listening to his voice, here is a link to the Facebook Live video.

But if you’re not in the mood for video, here are Simmons’ remarks:

“I think there’s some thawing with the ESPN thing. I think there’s a scenario in which Jalen would be on some day. I would tell you that, you know, there’s obviously a lot of things I miss about ESPN, I was there for a really long time… 14 years, but Jalen is way up there.

It’s just hard to believe that we just can’t do anything anymore media-wise. I mean, it makes sense, we’re on different teams and I get it, but you know, it’s just sad. We spent a lot of time together and we love doing stuff together and it’s a bummer. I mean I’m glad he gets to live on with Jacoby and on the NBA show and all that, but it’s always going to feel weird because that dude’s my brother.”

As you surely know, Simmons has been highly critical of his former employer since leaving ESPN, calling the handling of his contract not being renewed “fucking shitty” and saying that there was no remaining at the network that could be respected. (He later apologized for that remark, citing many people still at ESPN whom he enjoyed working with and made him better as a writer and broadcaster.) ESPN president John Skipper soon responded, saying he made the call on cutting ties with Simmons because of “his repeated lack of respect.”

But those remarks were published four months ago. Maybe there have been some conversations through back channels or even directly. Is it possible that ESPN realizes there would be no harm in letting Rose appear on Simmons’ show, such a gesture might actually make the network look less petty, and it would actually be a promotional opportunity? Perhaps they see that Any Given Wednesday isn’t making much of an impact yet and figure giving Simmons more fuel to vent isn’t worth the trouble.

Of course, this is also just Simmons’ side of the story. This could be wishful thinking on his part and he’s taking a more conciliatory tone because he’d love to reunite with Rose on his show. (Maybe he also sees the potential for a little ratings boost. Would more people tune in for AGW that week?) All of this is speculation, but Simmons opened the door to let it in.

By the way, is Simmons going to let us know whether his daughter’s soccer team won or not?