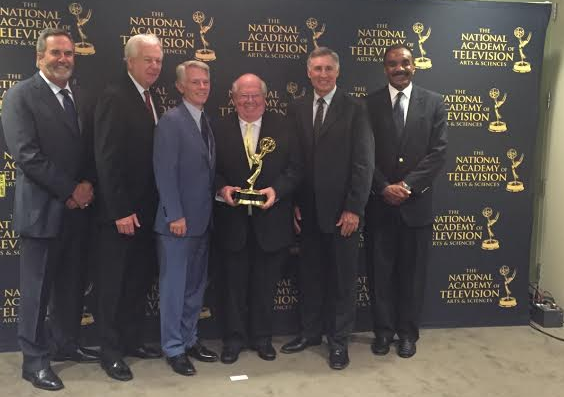 One of the most resonant moments from Verne Lundquist’s acceptance speech in honor of his Lifetime Achievement Award at Tuesday’s Sports Emmys was describing one of the lowest moments of his career.

Lundquist did not make the cut for ABC’s coverage of the 1980 Winter Olympics in Lake Placid, the second straight Olympiad he wouldn’t be a part of. So while Al Michaels called the legendary Miracle On Ice, Lundquist was stuck covering… professional bowling.

“Bowling. Honest to god truth,” Lundquist told Awful Announcing just moments after stepping off the stage in New York City. “You know when you don’t make the cut for two Olympics at ABC, you’re not on the fast track.”

Not long thereafter, ABC told Lundquist that they were parting ways. In 1982, Lundquist was 42 years old and wondered if his career as a broadcaster had come to an end.

“I was told ‘your career’s over’ at ABC,” Lundquist said.“I think the key to it all, really, was resilience.”

Lundquist went back to doing local TV in Dallas, but ended up getting an offer to do several college football and basketball games for CBS. That meant having to work as an independent contractor in Dallas without health insurance.

“That would be a lesson I take from my career, is just believe in yourself and understand that you may or may not get the breaks that you want,” Lundquist said.

CBS turned out to be the break that he wanted. Lundquist’s role kept on expanding with the network and 34 years later, he’s still happily working at CBS and was just recognized with one of the biggest awards in the industry.

What does it mean to Lundquist?

CBS Sports Chairman Sean McManus informed Lundquist that he’d been chosen for the award in December, and Lundquist said that he’s still emotionally dealing with this tremendous honor.

“It’s just the culmination of a career, for me,” Lundquist said. “Absolutely, it is.”

McManus gave a heartfelt introductory speech for Lundquist and then, to Lundquist’s surprise, brought Bill Raftery, Gary Danielson, Dan Fouts and Calvin Hill onto the stage to greet him. They stayed for the entirety of Lundquist’s 10-minute acceptance speech.

“I was overwhelmed, and I thought for sure they would leave the stage,” Lundquist said. “They stayed behind me the whole time. So it was really, really a heck of an honor.”

Everyone gave him a standing ovation after he was done.

“The reaction from the crowd made it so gratifying for anybody who’s close to him,” Raftery, Lundquist’s longtime former college basketball announcing partner, told Awful Announcing. 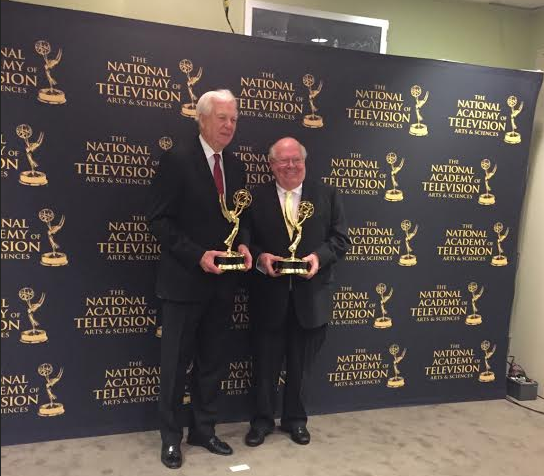 Lundquist started announcing NFL games in 1984, calling the NFC with a debut analyst by the name of Terry Bradshaw. In the early ‘90s, he called games with Dan Fouts.

“You can tell how people feel about Verne, and it’s genuine because he’s genuine,” Fouts told Awful Announcing. “Working with him was always a lot easier for me.”

Whoever worked with Lundquist seemed to always come out with a positive impression of him, whether calling the NFL, college football or basketball, the PGA Tour or the Olympics, which he finally got a shot at with CBS. He said that he and figure skating analyst Scott Hamilton are still close friends.

“He’s got a great feel for life,” Raftery said. “He understands shortcomings and problems. He’s got compassion, and I think it comes through in his broadcasts.”

Danielson, his broadcast partner on the SEC on CBS for the last decade, said that his compassion and devotion for making the game about the viewer is what set Lundquist apart.

“He cared about the game, but he cared more about the people in the game.” Danielson told Awful Announcing. “It was important to him throughout his whole career that he did it the right way. It was hard work and it couldn’t have turned out any better.”

While Lundquist seemed humble by all the love and support he got from colleagues past and present and the industry titans in the crowd, he was especially happy to share this honor with his wife Nancy in attendance.

“I don’t know how much longer I’m going to work, a year, a couple of years,” Lundquist said, “but to have her healthy and me healthy, for us to share this night is really extraordinary.”

No matter how long Lundquist decides to continue on, Tuesday night will always be remembered as the crowning achievement of a storied career that some would have given up on over three decades ago.